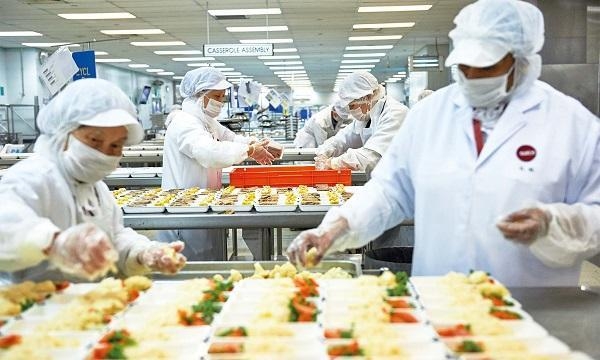 A decline in aviation volume and loss contributed by the overseas entities dragged profit.

The profit decline was no thanks to the sharp decline in aviation volume and the loss contributed by the overseas entities. SATS’ share of their results was a loss of $31.4m, a significant decline from $14.6m profit in the previous corresponding quarter. However, the group noted that the profit decline was slightly better than the $50-70m loss they indicated in the 30 April profit warning.

Revenue from gateway services division fell 67.9% YoY to $71.6m in Q1, whilst revenue from the company’s food solutions segment dropped 43.7% YoY to $135.9m. The consolidation of new entities in food solutions, namely Country Foods, Nanjing Weizhou Airline Food Corp and Monty's Bakehouse UK, boosted the revenue for the segment, leading to a lower decline for the food solutions business relative to Gateway Services.

Group expenditure for the quarter crashed 39.9% YoY to $245.4m in Q1, mainly due to a reduction in staff cost, which declined 58.7% to $96.5m. It was attributed to a combination of factors such as government grants, lower contract services and reduction in workforce required to manage the lower volumes.

Licence fees also came lower in line with smaller aviation revenue. The consolidation of new subsidiaries has increased raw materials cost marginally by 2.3% to $63.6m. Further, the 26.9% jump in depreciation and amortisation cost was mainly due to consolidation of new subsidiaries as well as additions of new digital platforms and ROU assets. Group-wide cost-containment measures have reduced other operating expenditures by 30.9% to $28.6m.

However, SATS noted that the reduction in group expenditures was outpaced by the fall in revenue, leading to an operating loss of $36m.

As at 30 June, total equity of the group was at $1.7b, showing a $50.1m decline compared to 31 March. Total assets edged up to $3.19b, thanks to higher cash balance arising from the drawdown of credit facilities to improve liquidity position and higher inventory balance.

Cash balance as of end-June is at $723.5m, whilst free cash flow generated during the first quarter was negative $71.5m. Total liabilities have increased correspondingly with the additional drawdown of facilities, increasing the debt-to-equity ratio to 0.42 times.