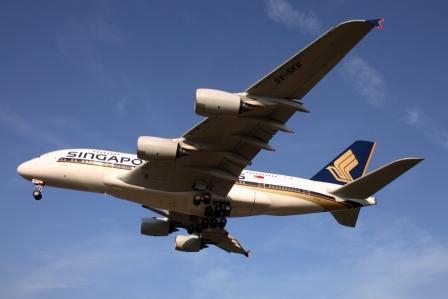 Profits can reach $121m at most in a bear case.

Singapore Airlines (SIA) will release its results on November, and better load factor could be the main driver for profit growth in the company, UOB Kay Hian said.

"The latter is premised on a 1 cent decline in pax yields from our base assumption," said UOB Kay Hian analyst K Ajith.

Cargo operations could also recover from a loss, due to improved yields and load factor.

Despite this, the airlines is expected to face pressures from competition from the likes of Norwegian Air and Qantas in the coming quarters.

If reported earnings meet expectations, there could be some upside risk to our earnings estimate which is currently 13% below consensus. We will also be watching out for renewed guidance on capex, following SIA’s order for 19 787-10s and 20 777-9’s, which carry a sticker price of S$19b.

The MOU for the purchase was first announced in Feb 17 and we believe the deal will involve the trade-in of SIA’s B777-200’s.