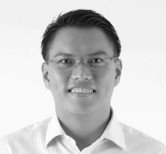 How Singapore PMEs must be protected

This is an article in response to Jacky Tan's article "My Letter to NTUC - Protecting PMEs in Singapore."

Singapore’s workforce demographic profile and median wages have changed and risen respectively over the years. NTUC urged the Government to look into a review of our labour  legislation, in particular the Employment Act, to better protect a growing number of  PMEs.

For a start, we asked specifically to look at expanding the scope of coverage of our  Employment Act to cover this growing populace of PMEs in Singapore. The call was also  made during the Budget Debate and Committee of Supply (COS) last year.

NTUC has since consulted our union leaders and shared our wish list for the various  amendments sought. Our union leaders agreed that more protection for PMEs should be  availed through the Employment Act.

PMEs today, like rank and file workers, are also subjected to termination and dismissal; and they have little recourse except through civil  suits whereby the costs may far outweigh the benefits.

In the same vein, there is also a  need to revise the laws to protect vulnerable groups of workers, as well as review provisions  in the Act to stay current and relevant with the changing employment landscape and rising  wages.

I am glad and thankful that this voice has led to changes that were announced on  14 March 2013 by the Ministry of Manpower (MOM) to cover PMEs within certain vital  provisions of the Employment Act, in particular the termination and dismissal provisions  which were previously not applicable to PMEs.

Since August 2011, during Budget Debate and COS 2012, and then again recently during  the recent debate on the White Paper, on behalf of NTUC and the Labour Movement, I voiced and advocated for the introduction of labour market testing and a Foreign PME  Dependency Ratio.

The main purpose of the labour market test is for companies to show  evidence that they have carried out the necessary steps, such as advertising the jobs,  exercised due diligence and produced proof that no local worker can be found to fill a articular job vacancy, before they are allowed to employ a foreign worker.

I am glad that  MOM has answered to this call and will examine the implementation of labour market testing in Singapore. We believe this will help strengthen the Singaporean Core, as well as allay  the fears, concerns and challenges faced by our local PMEs.

We appreciate your proposed solutions and I am happy to share that we are in alignment, and NTUC has already been advocating for some of these issues and challenges.

Female PMEs
NTUC has asked for flexible work arrangements to be legislated so that employees have the  right to request for such arrangements. We agree with you that female PMEs should not be  judged by face time in the office but measured in actual work outcomes.

To augment this, we  have also advocated for the need to re-design the way we work, and that employers have a  stake in the well-being of their employees’ families.

Mature PMEs
We share the same view that this is a very vulnerable group in any downturn or  restructuring. I have also highlighted in Parliament that they are often saddled with housing  mortgages, and financial commitments, such as their children’s education and looking after  their parents and in-laws.

To look after their interests and boost their confidence in their  future, we advocate the provision of training and postgraduate support to them if they are keen to further their knowledge and professionalism.

In particular, there should be second skilling of all PMEs so that they can weather any financial storm. Most importantly,  employers must change their mindsets about hiring mature PMEs.

Freelance PMEs
This group does not have traditional support from employers in benefits such as medical  coverage, work injury insurance, union representation etc., and they are subject to the terms  imposed by the buyers of their services.

We have propose better welfare and work  conditions for this group through specialised dispute resolution mechanisms or minimum  standards for operators and businesses to comply with.

NTUC hopes that our calls and efforts in advancing the protection, placement, and  progression of PMEs in Singapore will help to set the stage for Better Jobs, Better Pay and Better Life for all workers (including PMEs), and for all to move towards a Better Singapore