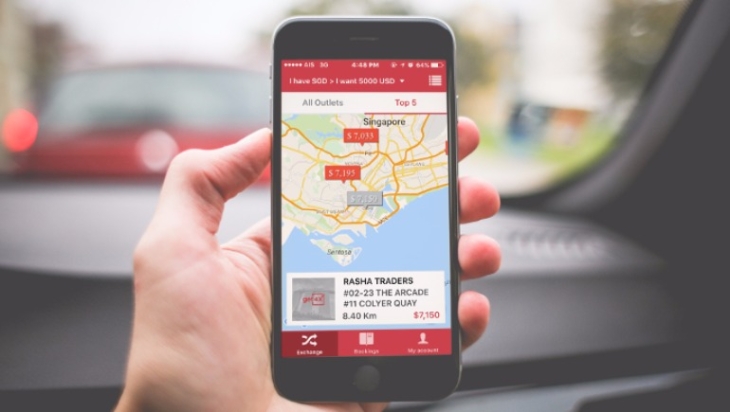 Being unable to find the cheapest exchange rates in a foreign country was one of Julien Labruyere’s biggest frustrations as a frequent business traveller. The French entrepreneur was well aware that exchanging money at airports and banks could end up costing 15-20% more compared to buying cash at licensed money changers.

This frustration drove Labruyere to develop get4x, a location-based exchange rate aggregator that allows users to compare the best rates offered by licensed money changers around them.

“get4x is unique as it provides live ‘retail’ rates from money changers directly, instead of the mid-market rates used by banks. It fills a much needed market gap by seeking to bring transparency to the foreign currency exchange market,” Labruyere said.

get4x allows users to compare money changer rates in real time, in the same way that people compare prices of air tickets through Skyscanner or accommodation deals through Agoda.

“The problem travelers face lies in the fact that exchange rates offered by money changers fluctuate greatly from outlet to outlet because of added commissions and the amount of requested currency that the money changer has in stock, which is constantly in flux. get4x provides the rates that users need to make a fair and informed decision when transacting in foreign currency. get4x is able to offer up-to-date real exchange rates as we work directly with the money changers, and the app is powered by an innovative rate modeling engine,” Labruyere noted.

get4x was initially launched in Singapore in 2012, but has recently expanded the currency rate aggregator service to Bangkok, Hong Kong, and Mumbai. Labruyere also shared that the platform intends to be in all major cities by the end of the year.

The newly-updated app has also seen a major redesign, moving away from merely listing money changers to pinpointing their locations and offered exchange rates on city maps.
“We will also be rolling out a ‘Request to Book’ feature in the coming weeks, which will allow users to lock in exchange rates in real time, and pick up their specified currency at appointed time slots at this same locked in rates later in the day,” Labruyere added.