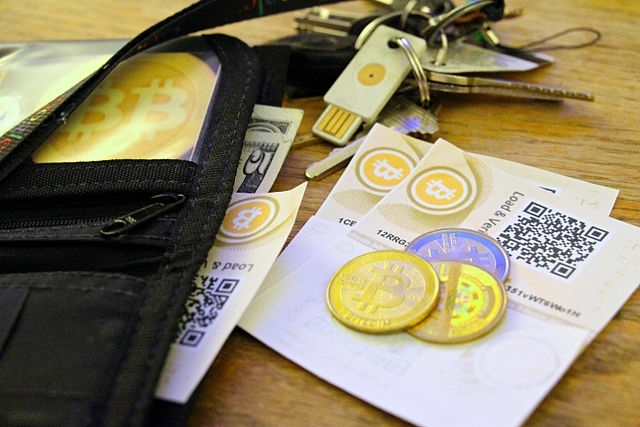 Are Singapore VCs losing out to ICOs?

In June, Singaporean fintech startup TenX raised close to US$80m from a token sale, making them one of the most successful start ups globally to launch an initial coin offering (ICO). TenX aims to bring bitcoin into the real world by converting cryptocurrency into fiat money in a physical Visa-backed card, noted TenX founder Dr. Julian Hosp.

As more startups like TenX utilise these virtual currencies as a more innovative alternative to raising capital and expanding their operations, the Monetary Authority of Singapore (MAS) published a paper offering general guidance on the regulation of digital token sales. ICOs, particularly, are increasingly becoming mainstream as a way for startups to raise funds, with 200 ICOs raising over US$3.3b globally last year.

Studies indicate that Singapore is currently the third largest ICO hub in the world after the United States and Switzerland and this situation will likely ride on an upward trajectory given the policy and regulatory backing by the Singaporean government through MAS.

Notable deals in 2017
Singapore Business Review rounded up the biggest ICOs of 2017 by Singaporean raisers, and whilst we cannot verify all funding quantums, we believe the table pretty much sums up the most talked about ICOs in 2017. Some of the notable deals in 2017 include US-Singaporean startup Quoine which raised US105m in funding.

Nizam Ismail, partner at RHTLaw Taylor Wessing also cited Aptoide, an app store with 200 million users, which successfully raised US$15m out of Singapore. They are considered the first app store to use blockchain. There is also Megax, a Singapore-based company that set up an e-commerce fashion ecosystem. Based on our compiled list, these major deals amounted to US$381.42m in funding, with average funding around US$25.43m.

“As MAS has been very upfront about what they will regulate regarding ICOs, this has made Singapore at the forefront of the ICO space,” said Anson Zeall, chairman of ACCESS, Singapore’s leading industry association promoting cryptocurrency and blockchain. “ACCESS members have raised over US$220m worth of fund in the form of cryptocurrencies. And obviously there’s more now.”

How it works
Alex Buelau, CEO and co-founder of Coinschedule, a website that monitors the ICO industry and provides a platform for its users to find the best ICOs to join, explained that the process of how startup firms pursue ICOs is through the creation of cryptographic tokens on top of an existing blockchain platform. “Startups that are raising funds would be raising in bitcoin and ether for example, and the investors will receive the newly minted tokens.”

Basically, ICOs work mainly with blockchain and other distributed ledger technologies—which MAS has been intensely focusing on lately with their guidelines and research papers—that startups use to sell tradeable, cryptocurrency-like digital tokens, noted Ismail. “The digital coins or tokens generated in an ICO are blockchain-based ledger entries, the ‘ownership’ of which is tied to a cryptographically secure key that allows the holder of the key to add additional entries,” he said.

“These companies sell these tokens to people around the world in exchange for an established cryptocurrency such as bitcoin or ethereum within a certain time period,” Buelau said. “The company ends up with all the investment received in an established and liquid cryptocurrency, which they can exchange for currency, whilst the ICO participants end up with the tokens they purchased which may appreciate over time in case the company succeeds.”

Hosp noted that for startups to be able to maximise the benefits of an ICO, particularly in raising funds, they have to focus on three things: legal, tech, and marketing. “If you have those three things, you’ll probably have a good ICO. You have to have a legally and financially strong structure to avoid problems afterwards. The second is the tech, you need to set up the smart contract, you need to have your token. Basically, you need to create your own cryptocurrency,” she explained. “I think the key on the marketing side, because there’s so many ICOs now, you need to find a way how you can stand out.”

ICOs versus VCs
Such is the growth of ICOs—also called token sales and crowd sales—that industry experts and observers have termed these as 2017’s biggest tech trend, given that funds raised by ICOs have already overtaken angel and seed venture capital funding for the first time, raising more than US$550m for issuers globally, compared to the US$300m raised from venture capital firms by June of last year. However, this has not fazed many investors and startups to dabble in these cryptocurrencies to raise funds.

Part of the allure of ICOs is its liquidity, speed, and the amount of interest currently generated by cryptocurrencies. Zeall noted that the main difference between ICOs and VCs, particularly in the Southeast Asian region, is that VC investors are very risk averse. This is apart from the fact that with ICOs, investors don’t necessarily own shares in the firm, but they have liquidity of the value of the coins or tokens from the ICOs.

From a venture capital standpoint, Chua Kee Lock, Group CEO of Temasek-backed venture capital firm Vertex Ventures noted, “ICOs can be either utility-based or equity-based. The latter is being regulated and restricted in several jurisdictions, hence the viability is still unclear. Utility-based ICOs will likely get more traction and many VCs are reviewing opportunities in relevant utility-based ones.”

“Many VCs would like to see successful precedents first before investing in you, which makes it very ironic,” he noted. “However, in the crypto space, the investors are very forward-thinking, and that’s what most startups are like in the blockchain space,” said Zeall.

Looking ahead
Industry observers and experts are in agreement that ICOs will redefine the startup and capital investment landscape in Singapore in the next few years, although they also note that there are accompanying risks that cryptocurrencies and this new industry brings.

On how regulation is necessary, Julian Peh, co-founder of luxury platform for crypto-affluents Aditus noted, “No legitimate company operating should expect to be operating in a legal vacuum, this is not good for anyone, and not good for the space. MAS has been extremely pragmatic and collaborative in its approach so far, and this has made Singapore a fore-runner in the ICO space globally.”

On the other hand, Ismail notes on how the market may dictate the future of ICOs. “ICOs, if done properly and responsibly, are efficient ways of raising funds for enterprises. We may see more regulations for ICOs in the future, and that will largely depend on how the market behaves,” said Ismail. “Already, we are seeing the market introducing market-driven initiatives to require more accountability and security for ICO offerings.”

Some of the concerns include multisignature wallets, independent escrow arrangements to hold tokens, anti-money laundering and combating the financing of terrorism checks. “Bear in mind, there will be a lot of bad tokens, as well as a handful of good ones,” concluded Zeall. “I urge the public to only invest when they understand what the blockchain technology is about, and do excessive due diligence on the tokens and founders.”