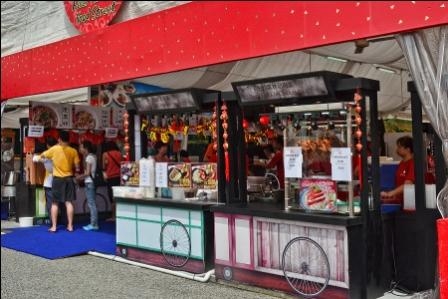 The food industry has done more than relieving hunger as it has also made huge impact in the overall economic growth of Singapore, contributing a bulk to the city-state’s GDP.

According to the Food Industry Asia report by the Oxford Economics, F&B industry contributes an estimated $14.4 billion to GDP and employs nearly 300,000 people.

The study revealed that overall impact of the food industry is dominated by food distribution.

"The wholesale and retail of food, along with activities linked to Singapore’s 6,700 food service locations (which include restaurants, coffee shops and street hawker stands) account for two-thirds of the food industry’s GDP contribution, and four-fifths of the employment it supports," the study said.

Meanwhile, the food manufacturing industry has also made a huge impact on Singapore's GDP, with its direct support for 38,800 jobs.

In 2014, the food manufacturing industry earned S$9.8 billion from sales in Singapore.

"Based on the report’s findings, the food manufacturing industry is equivalent in size to Singapore’s aerospace industry, and larger than industries such as speciality chemicals, petrochemicals, medical technology and land transport engineering," the study noted.