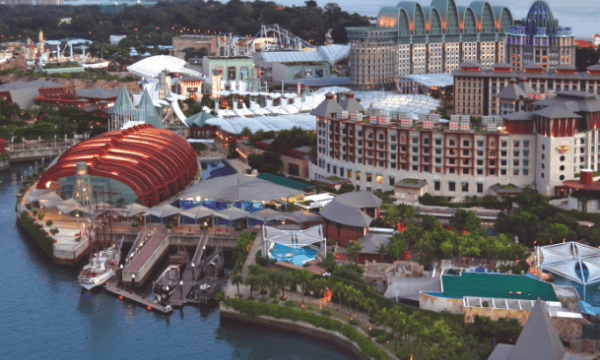 Genting has been shortlisted as one of the three bidders for an integrated resort (IR) in Osaka, Japan, which will call for request-for-proposal which will close on 20 February 2020, according to a UOB KayHian report.

The IR concession will have a good payback period, the report noted, as it will be for 10 years with a seven-year exclusivity period.

Genting is expected to have a flat to lower earnings for H2 2019 given its H1 earnings before interest, tax, depreciation and amortisation (EBITDA) fell 0.1% YoY to $624.1m.

The planned $4.5b expansion of Resorts World Sentosa is still on track, with planned launches such as Singapore Oceanarium in 2022, new rides in Universal Studios Singapore from 2022 to 2024, and two new waterfront hotels by 2025.

The resort’s capital expenditure (capex) will peak towards 2022 to 2024 apart from the initial $1b payment needed for land acquisition premiums.