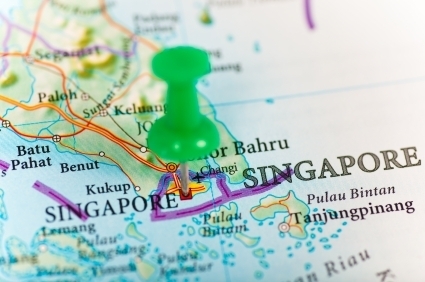 Singapore maintained its position in Southeast Asia as the country with the highest visa-free access, according to the latest Visa Restriction index from Henley & Partners.

Climbing one spot from last year, Singapore ranked 4th globally – its highest ranking in the Index in 10 years – with visa-free access to 173 countries. The lion city remains number one in Southeast Asia, followed closely by neighbours Malaysia and Brunei Darussalam with visa-free access to 164 and 151 countries, respectively. Malaysia ranks 13th globally, dropping one place from last year, whilst Brunei Darussalam retains its 23rd global ranking.

Dominic Volek, managing partner of Henley & Partners Singapore and head Southeast Asia, said although the size and makeup of the top 10 countries remain the same as last year, the changing geopolitical climate could well affect the rankings over the next 12 months.

“Over the last year alone, we have seen several major changes to the global political landscape – such as Brexit and US President Donald Trump’s travel ban – that will likely change global mobility as we know now. This year’s Visa Restriction Index is a reflection of the global shift in travel freedom, highlighting the impact of entry barriers and movement restrictions,” noted Volek.

In total, 48 countries lost ground over the past year, dropping between one and three places, and only 42 countries showed no movement at all. Germany holds on to its top ranking for the fourth consecutive year, with access to 176 countries in total. Sweden also remains static in second place with 175 countries, and Denmark, Finland, Italy, Spain, and the US jointly ranked 3rd, with their nationals enjoying access to 174 countries without a visa.

“Despite the world becoming seemingly more mobile and interdependent, there is still a huge disparity in the levels of travel freedom between countries. Generally, visa requirements are a reflection of a country’s relationship with others and take into account diplomatic relationships between countries, reciprocal visa arrangements, security risks, and the dangers of visa and immigration regulation violations,” he furthered.