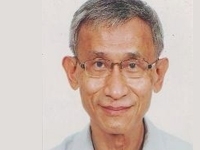 What 'scholar' really means in Singapore

The word "scholar" has a special meaning in Singapore, different from the usual definition "person devoted to the pursuit of knowledge" - here is means "someone who received a full scholarship from a government department or major corporation to study for a degree, in return for a contractual obligation (also known as bond) to work for the sponsor for X years".

Getting paid to study, with a job guarantee afterwards with an important organization, is obviously available only to the best qualified students; hence "he/she is a scholar" carries an amount of prestige.

Historically the idea of achieving status, wealth and happiness through good scholarship is deeply ingrained in Chinese culture.

In Singapore and other former colonies, there is a second important tradition: promising native boys (girls were not usually acceptable in those days) were selected for education in the ruling country and then appointed to the civil service at home, so that they could help their colonial masters to govern their own people.

These two traditions form the cultural basis of Singapore's meritocratic policy: Rulers must be well educated, and usually they must be educated in elite universities of the west, where they can absorb the ideas of liberal democratic government and modern capitalism, and form personal connections with future leaders of the host nations as well as others. Good scholastic achievements of this kind are the pre-requisite to higher things in later life.

To directly implement this policy, the government of Singapore, including the armed forces, education service, economic development agencies and government controlled corporations, recruits a large number of 18-year old high school graduates on the basis of their Cambridge A-level examination results and interview performances, as government cadets to be sent to top universities in Britain, US and other countries; while occasionally a scholar might decide on alternative job opportunities and not come back to work for the sponsor by repaying the "bond", the amount involved with interest added, is normally beyond the ability of the average family.

That is, there is a high penalty for leaving the system. At the same time, the reward for staying with the system is also very high.﻿

Returned scholars are put on fast track career paths and good performers rise through the system quickly.
Government scholars who display good management capability could in time get assigned as senior executives in one of the numerous companies under the two sovereign investments funds, Temasek and GIC.

Even those who prefer to leave the public sector might find their government experience and contact sought after by a multinational or large local company.

It has also been common for returned scholars, after a number of years at their jobs, to be selected as PAP (or even opposition party - a new phenomenon in the 2011 election) parliamentary candidates with some joining the cabinet soon after.

Given these past experiences, it therefore was a surprise to see the following survey result undertaken by Brightparks.

﻿The main sponsor for government scholarships, Public Service Commission, is only six on the list of scholarship awarding organizations, behind the two local universities and Singapore Airlines. Another major sponsor, the defence ministry (both for military officer scholarships and defence science scholarships) is not even on the top ten list.

Only a few years ago, the universities were far down the pecking order, but suddenly rose to the top in just the last couple of years.

﻿The list does not indicate that the top Singapore students no longer want to work for the government. Among the numbers 3-10, six are government organizations, and Singapore Airlines and Keppel Corp are both in the Temasek stable so within the government orbit despite their listed status and substantial private share ownership.

However, the list certainly indicate a preference for greater diversity rather than the past, rather focused government scholar experiences.

In the meantime a rather different crowd of "scholars" have established their presence in the Singapore scene: foreign students from various regional countries who were given full financial support to study in the local universities, in return for an obligation to work in Singapore for six years after graduation.

Officially, they sign their contract with a consortium of local companies, but since their recruitment from their native lands, their special matriculation preparation classes after arrival in Singapore, and their allocation to various NUS and NTU degree programmes, are managed by the Ministry of Education, they are seen as government sponsored.

The programme started in 1992, initially by arrangement with selected universities in China: a small number of their newly admitted students were recommended for transfer to Singapore, interviewed and tested by recruitment teams, containing MOE officials and NUS/NTU representatives, before being brought to Singapore for special matriculation classes.

Subsequently the programme was extended to selected senior middle schools in China and to other countries.

After 20 years, thousands of these "scholars" now work in Singapore, and their impact on the economy and the Singapore society as a whole is still to be fully assessed.