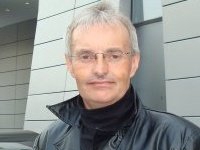 Just like a woman: The gender issue in Singapore

Getting women back to work is an issue that has preoccupied Singapore for over a decade. As far back as 1997, the Government set up a Back to Work Advisory Committee to consider incentives that could allow employers to employ more women. At that time, proposals included; flexible working, part time working, job sharing and teleworking.

Since 1997 the overall participation rate of females of working age in Singapore has risen from 49.5% to 54.3%. This compares unfavorably with countries such as the US , Australia and Hong Kong where it is around 60%.

In 2008 the tripartite Workgroup on Enhancing Employment Choices for Women was set up. Headed by Madam Halimah, the workgroup acknowledges that many Singaporean women choose to be homemakers and fulltime mothers.

The group’s aim is to help those women who want to work to find employment. In statistical terms this represents 538,200 Singaporean women. Also there are practical reasons why women should work - as living costs rise, dual household incomes become a necessity

There are two major factors contributing to this.

One is the ready availability of foreign workers and the other is the difficulty that small companies face in providing flexible working arrangements. Consider that 70% of jobs in Singapore are provided by SME’s. Less than 10% of SMEs provide family care leave, only 1.5% offer childcare benefits and just 3.8% have flexible work arrangements.

Yet not all employers that offer flexible working have adopted family-centric policies. Initiatives are also been taken to create more family-friendly workplaces.

At the lower end of the employment market, the need to commute long distances to work is often cited as a disincentive on the part of many women to take up employment opportunities. In response to this, schemes have been launched to allow women to find employment near their homes.

Childcare expenses are another factor. It doesn’t necessarily make sense for a woman with three children to take up a job that pays $1,200. Even with Government subsidies, she has to often has to pay as much in childcare support.

And there are cultural factors to consider. Even today, some men find it difficult to come to terms with their wives working.

In a recently cited instance, an angry husband phoned a company and warned an HR Director against employing his wife. Research shows also that men who grew up with a stay at home mothers find it more difficult to accept the idea of their wife working.

Finding employment however doesn’t necessarily imply going out to work. Consider the case of Madam Tan, formally a petrol station cashier who now manufactures candles at home During the last twelve months she has made $7,800.

Women Enterprise Workz is a scheme that is designed to help low income women to supplement their family income and gain greater financial indendence by working from home. According to Amy Khor, Mayor of South West District, the scheme is added avenue for women who are unable to commit to full time work.

The participants undergo skill-matching assessment and receive training on how to slee their products – the training programmes range from candle-making, hairdressing, beauty and childcare services.

Companies such as IKEA are also offering participants free selling space for a limited period. The target is attract 500 women to the scheme in four years.

According to former labour chief, Lim Swee Say, the scheme will help plug a gap in the national push to get more women back to work.

Maternity leave has been also raised from eight to twelve weeks. This is indeed to step forward.

According to M. Connelly author of ‘Women in the Labour force’ (2002), the deregulation of business and services has proved to be a double-edged sword as far as women are concerned.

On one level it provides more part-time job opportunities, especially for working mothers, but at another level it has reduced their overall earning capacity.

This is why organizations and society as a whole must address the issue of flexibility as well as creating structures such as child care facilities that facilitate female employment and at the same time, allow women to greater opportunity to play a leading role in the emerging global economy.

Paul FitzPatrick is a Singapore PR. He has published three books and is a journalist with News International and provides creative thinking programmes for organizations. conceptsasia@yahoo.com