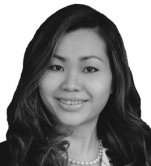 Too many small to medium businesses find themselves in hot soup due to not checking the fine print before they sign. It is certainly crucial to close that deal, afterall the revenue settles your bills.

However, you may end up losing more than you earn. Why cry over spilt milk if you can prevent it from spilling in the first place?

Top 6 Provisions to Be Wary of:-

Most contracts start off with the names of the parties, followed by the recitals or preamble, and then a description of the subject-matter (the purpose for which you are signing the contract).

If you fail to comprehend what is being stipulated under this section, then you may be entering a relationship out of which you may not gain any of the benefits that you were anticipating.

For eg., Company XX, a well-established enterprise with a large database of customers, promises to refer numerous customers to you in return for you referring potential customers to them. Read again.

Is there really an obligation on Company XX to so refer customers to you? Or is it in Company XX's discretion whether to provide you with a referral, whereas it is mandatory for you to refer ALL potential leads to Company XX?

If so, you may end up not having a single new customer from Company XX, but you are obligated under the contract to refer all potential leads to Company XX (thereby adding to their already large database at no cost whatsoever to Company XX).

Be cautious when you come across any clause that obligates you to use only your counterparty's services or products (and usually the counterparty is free to contract with any entity that it chooses). This essentially curtails your freedom to choose your supplier.

The result of such exclusivity restraining you is manifold, including but not limited to busting your bottom-line, not being able to pass on savings to your customers and thereby not being able to attract or retain customers, and in general, losing your competitive edge.

Some jurisdictions have laws that prevent such landmines, however, in Singapore, it's pretty much caveat emptor. If you signed it, you have to abide by it.

You've secured a hire-purchase agreement that allows you to save on the massive upfront capital that you would otherwise have to fork out. That's a fantastic arrangement.

However, did you read the fine print on the interest rates? If you did not, and you were only aware of the monthly fee that you have to pay during the initial period (as presented by the sales representative), you may end up with a nasty surprise - eg., installments after the initial period are at a whopping 15% or more per annum with no way out for years!

However, please check the provision again. How broad is it? Are you expected to be responsible for every single act of your supplier when you have zero oversight of what your supplier does?

This can result in massive claims from your customer on the basis of the acts or omissions of your supplier, which you may not be aware of, and have no control over whatsoever.

Are you being made to indemnify any and all third party claims filed against your counterparty? Such indemnification clauses are frequently inserted into contracts by their drafters, and tend to be broad in scope without any limit to your liability.

Whatever you might have earned from your contract might not even begin to cover the reimbursements that you need to pay your customer as a result of this indemnification obligation.

Even worse is the situation whereby you pay someone to perform a service for you as part of another larger project that you have with a third party, and the "someone" that you paid has a clause in his contract which expects you to indemnify him.

In the Kay Lim Case, Kay Lim had secured a contract to construct seven blocks of HDB flats in Singapore.

Although the matter was resolved in favour of Kay Lim by the Courts on the basis of implied terms that the dismantling of the crane would be done properly, the Courts also upheld the major part of the indemnity clause in the Rental Agreement which was that Kay Lim was obligated to indemnify Soon Douglas:-

"... against all loss actions claims demands proceedings (whether criminal or civil) costs legal expenses (on a full indemnity basis) insurance premiums and calls liabilities judgments damages or other sanctions arising directly or indirectly from the Hirer’s failure or alleged failure to carry out its duties under this Agreement or by reason of any loss injury or damage suffered by any person from the presence of the Equipment or the delivery possession use operation removal dismantling or return of them from any defects in the Equipment."

The "Hirer" in the above clause referred to Kay Lim, while the "Equipment" refers to the tower cranes leased by Kay Lim from Soon Douglas.

Using the blue pencil test, the Courts struck out the phrase "(whether criminal or civil)" as it is illegal and against public policy to allow for indemnification against criminal liability.

However, the rest of the indemnification clause was deemed reasonable and enforceable.

Without detailing the full extent of the far-reaching scope of the above indemnification clause, please note that one of the limbs actually expects Kay Lim to reimburse Soon Douglas for third party claims if a third party files a claim against Soon Douglas for losses due to the presence of the tower cranes which Kay Lim has paid Soon Douglas to supply.

What is clearly evident from the Kay Lim case is that even though from a commercial perspective you might think it unimaginable that a paying party needs to indemnify his supplier, the reality is that such indemnification clauses can be held reasonable and enforceable under Singapore law.

Somewhere down the line, you decide that you've had enough. What you had originally thought was a wonderful collaboration ends up being a death-trap.

You want out. But does your contract allow you to exit gracefully and cut your losses? It may not.

There may be no termination for convenience clause that is in your favour (although the other party may be able to terminate any time with prior notice), or you may end up having to pay early termination fees which just adds to your snowballing losses.

The above are merely broad descriptions of a few of the more commonly encountered provisions in the myriad categories of agreements.

Depending on the type of transaction that you are entering into, each contract has its own nuances. Generally, the Courts in Singapore are inclined to uphold the terms of a contract if it was entered into on your own free will.

It does not matter if you did not read, or did not understand, what you were getting into - it is your responsibility to seek the necessary advice prior to signing.

Therefore, it is crucial that you read (and re-read) carefully the fine-print before you sign any documents, especially if there are convoluted and lengthy clauses that appear to be out to befuddle you!