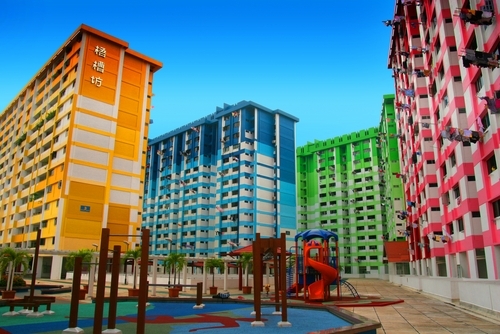 This could be attributed to price weaknesses amongst older flats in mature estates.

HDB resale prices dipped 0.6% YoY in April, according to the SRX Residential Property Flash Report. This represents a 14% fall from its peak in April 2013.

HDB resale prices also decreased 0.4% in April from a 0.2% price increase in March, the report added.

According to SRX, only HDB 4 Rooms recorded a price increase by 0.2%. Meanwhile, HDB 3 Rooms, 5 Rooms, and executive prices dropped by 1.6%, 0.2%, and 1.6%, respectively. Prices of HDB resale flats in both mature and non-mature estates slipped 0.7% and 0.1%, respectively compared to the prices in March.

Christine Sun, head of research & consultancy at OrangeTee & Tie, noted that the fall in prices could be due to a general price weakness of older flats in mature estates.

“Some owners may have accepted lower price offers in light of rising competition from newer flats in non-mature estates reaching their five-year MOP and concerns about the depreciating value of aging flats,” she said.

“Last month's higher sales volume is within expectation as there are many flats reaching their five-year Minimum Occupation Period (MOP) this year and eligible for resale,” Sun further commented.

Overall median transaction over X-value (T-O-X) is negative $1,000 in April, representing a decrease of $1,000 as compared to March 2019, meaning that buyers are underpaying.

Also read: Chart of the day: Check out which estates saw the highest resale transactions in Q1