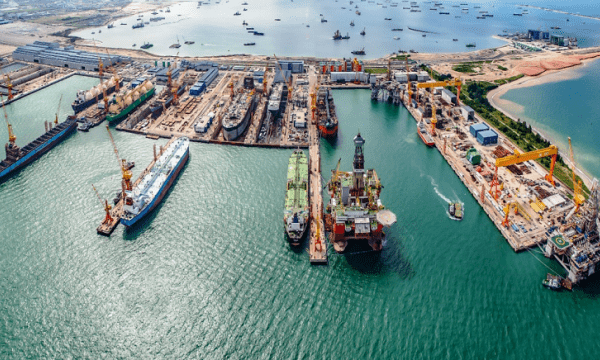 Sembcorp Marine to remain in the red until 2021: analysts

There’s no reason to own Sembcorp Marine (SembMarine) stocks yet, with the company likely to continue incurring losses until H1 2021 as outlook remains bearish, analysts said.

Although its yards are back to full capacity and its repairs & upgrades (R&U) business is busy, the company has not won new orders this year, UOB Kay Hian analyst Adrian Loh noted in a report.

Furthermore, Sembcorp Marine has said that most of its projects will be delayed into 2021, which is expected to affect its near-term working capital and cash flow.

The company recently provided a weak Q3 business update, guiding that it has incurred losses in the third quarter and that the losses will continue into Q4.

OCBC Investment Research echoes the same sentiment, saying that SembMarine’s recovery is still likely a long way off and that losses will continue.

“We continue to see multiple headwinds on low order book clarity and [capital expenditure] requirements. There is the potential for impairments ahead, and whilst the financial position is less precarious following the rights issue, it is still tight and could limit the types of orders that the group can pursue,” OCBC’s Equity Research team noted in a report.

On the upside, SembMarine is currently undertaking $330m of ongoing jobs and new orders secured for its R&U segment during the quarter, noted UOB’s Loh. Prior to COVID-19, the company saw R&U revenue increasing sequentially from Q3 2019 to Q1 2020, and thus it is hopeful that this trend can continue.

Its recently raised net $600m from its August rights issue places SembMarine in a stronger position compared to six and even 12 months ago. UOB’s Loh estimates that the lifeline of the $600m will be able to last the company for at least two years, based on forecasts for operating expenses and maintenance capex.

Management also commented that its banks now see the company in an even more positive light given its stronger balance sheet—although it conceded that its cash flow in 2020 will be affected by the delivery delays.

On the whole, the outlook for the offshore & marine (O&M) sector remains challenging, according to UOB Kay Hian. Day rates and utilisation rates for rigs have continued to deteriorate in the second half of the year, and chances of a recovery in the O&M sector in the near term remain low.

In addition, new order flow may only resurface in the first half of 2021 at the earliest, reinforcing UOB’s view that an upcycle is more than two years away.