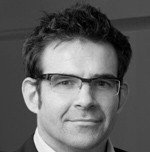 Jonathan Wong, a trader based in Singapore, strides across the trading floor with a microphone tucked neatly into  his ear as the lights on his trading turret beep urgently, indicating three additional incoming calls.

In a heated discussion with a client based in China, he gestures animatedly as he continues walking towards the  Telepresence suite where he has a meeting scheduled with his counterparts in London in a matter of minutes. His Blackberry beeps, and, whipping out his phone, he reads an SMS and email message that just came in.

One floor below, Anne Tan, an advertising executive, flips through the inboxes of the three email accounts that she has synced with her iPhone, while checking the latest updates on her Facebook and Twitter accounts through her office computer. Her office communicator pops up, as a colleague in Australia invites her for a quick conference call on the Windows Lync platform.

Such is a ten second snippet into the life of today’s Digital Native, a term introduced by American writer Marc Prensky in 2001 to describe those who, through interacting with digital technology from an early age, are completely at ease with the multiple gadgets and technologies that we use today.

Increasingly, we are all driven to become digital natives both in our corporate and personal lives, as the integration of various communication tools and platforms that we use both online and offline, blurs the lines between both  worlds.

According to Nielson Online, there were 114 million Internet users in Asia a decade ago. Today, there are more than 922 million, a growth of almost 700%. Many of these new users are now flooding workplaces across Asia, smartphone in one hand and a laundry list of technology demands for their prospective employers in the other.

Businesses need to rethink their existing policies and IT infrastructure to ensure that they get the most out of these Digital Natives.

One area which enterprises have explored rather tentatively in recent years is the concept of Unified Communications – the process of turning multiple channels of communication into a single, seamless conversation.

Unified Communications: The next best thing to being omnipresent?

It uses the concept of presence to help assess which way is best for one user to reach another. It then translates messages and directs them to whichever device the end user is most likely to be using at that time.

Enhanced connectivity, together with advancements in technology such as the adoption of smartphones and tablets, the emergence and subsequent proliferation of social networks, have all changed our lives to a large extent. But the challenge remains to unify and integrate these components, which has taken effect, albeit in varying degrees and extent.

Fortunately, businesses now have the tools to combine the latest in telephony, instant messaging, conferencing and presence information, in a secure and fully-managed environment, and it could not have come at a better time, because Digital Natives demand nothing less.

Modern collaborative technologies allow Digital Natives to accelerate the pace of work done, through a mix of emails, instant messages, audio and web conferences with colleagues. Managers might hold weekly team meetings by audio conference, while presence-enabled staff directories allow Digital Natives to easily check when their colleagues are available for discussions.

Project teams can employ the use of several technologies to simulate face-to-face meetings somewhat satisfactorily. Conference room systems such as Telepresence, being the most sophisticated, allow for an immersive experience, allowing Digital Natives to collaborate effortlessly with colleagues based in other countries, eliminating the need for flights which are both fuel-guzzling and time sapping.

As converged communications continues to evolve, digital natives will push for the consumerisation of IT and access to social networks from corporate networks as part of their communications diet.

The office of the future: Beam me up, Scotty!

Yet looking ahead, what could the workplace look like 10, or even 20 years from now? How might we transform the way we communicate within an office environment?

Teleportation may yet remain the stuff of sci-fi movies for awhile longer, but the ability to “project” ourselves to another location in an even more immersive manner than we can today could well be the norm.

Imagine conferences involving high fidelity, 3-D coloured images with real-life dimensions to simulate actual presence. Participation in these conferences may not even necessitate fixed locations, rooms or offices – our mobile devices would allow us to do so while on the move.

These may eventually evolve into sessions where our personal holographic ‘avatars’ enable us to virtually interact with participants from all over the world; easily call up information and presentations interactively; fade in and out selectively. Communicating across the borders may even receive a boost with systems that support real-time multilingual translation capabilities.

20 years ago, the Internet as we know it today was still in its infancy – who is to say how Digital Natives will transform the workplace 20 years from now?