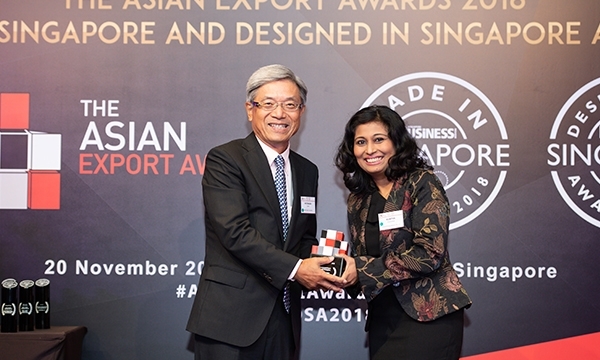 Their low-protein rice is used for dietary therapy, particularly for kidney patients and patients who are instructed to restrict protein intake.

On its inaugural year, the Asian Export Awards lauds exceptional products and services that have remarkably enhanced a company's business in the regional export scene.
This pinnacle event for Asia's best exporters is open to two divisions—the large corporate for big companies with group turnover of over $300m and the local champion for small or medium-sized enterprises.

The company has produced low-protein rice that addresses the needs of the annually increasing number of kidney patients not only in Japan but also in other Asian countries.

The firm believes that this rise in kidney patients is brought by the westernization of eating habits, which has also resulted in an increase in lifestyle-related diseases such as diabetes, which is often seen together with kidney disease. These kidney patients receive an instruction of low-protein dietary therapy to decrease the workload of the kidneys.

Biotech Japan Corporation produce “low protein rice” that is used for this dietary therapy, and has the largest market share in Japanese low protein rice market.

Asian countries apart from Japan is also hit by the increase of kidney patients amidst the westernization of their eating habits.

In view of this, Biotech Japan developed technologies for various rice to reduce protein which satisfy respective preference of Asian countries. The firm also conducted market and technical surveys in advance and high possibility and performance are found in markets of China and the Philippines.

In China, Biotech Japan cooperated with a partner company to transfer the technologies to manufacture low-protein rice from Chinese domestic raw rice. In the Philippines, Biotech Japan conducted a project supported by the Japan International Cooperation Agency (JICA) that aimed towards the development of guidebook for low-protein dietary therapy and of low-protein rice product for Filipino preference from Philippine domestic raw rice.

The outcome of both projects have highly evaluated and disseminated gradually. At present, Biotech Japan established subsidiary company to manufacture the low-protein products from Philippine domestic raw rice and hire Philippine staffs including managers.

The Asian Export Awards 2018, co-presented by Singapore Business Review and Hong Kong Business magazines, was held on November 20 at the Conrad Centennial Singapore.

If you would like to join the 2019 awards and be awarded as one of the most outstanding exporters in Asia, please email eleonor@charltonmediamail.com.