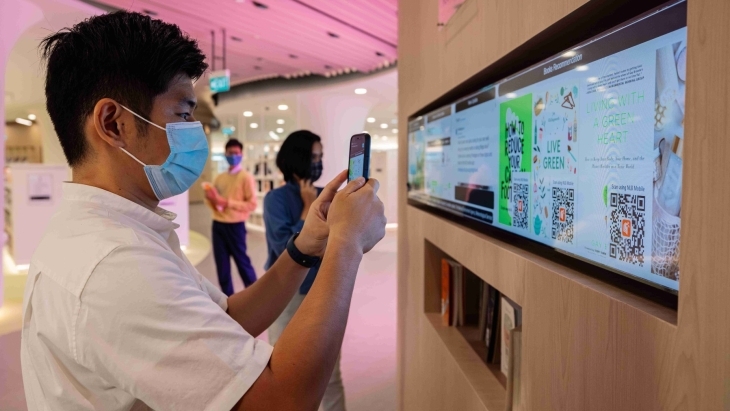 $500,000 was contributed to the library's Green Grove showcase.

CapitaLand has undergone efforts to strengthen CapitaLand Hope Foundation (CHF), which currently has a focus on environmental sustainability as part of the company's 2040 Sustainability Master Plan.

The foundation contributed $500,000 to a first-of-its-kind green showcase named Green Grove. The show will include an Augmented Reality Learning Trail, hydroponics showcase, and climate action corner. Real-time environmental and nature-related information will also be available.

This will be held on 27 October at the National Library Board’s (NLB) sustainability-focused library, Choa Chu Kang Public Library, located at Lot One Shoppers’ Mall; and will be open to the public by 28 October.

The Green Grove is a key feature of the public library and will be officially reopened by Minister for Communications and Information Josephine Teo.

Initiatives supported by the CHF also include NLB’s biannual Green Market and the annual Great Make-Over Project. The Green Market will be titled: “Green Market: SG Tech Food Fest” and will be held from 12 to 14 November.

“As a socially responsible company, we work to bring about positive and lasting change through equipping our communities with greater environmental consciousness. Since 2005, CHF has supported more than 456,000 beneficiaries including children and
seniors in need. CHF’s contribution for NLB’s next-generation sustainability-focused library, dovetails with our expansion of CHF’s support beyond children and seniors in need to environmental causes. Through educational programmes for children conducted by our staff volunteers, we aim to inculcate the importance of protecting our planet, as well as inspire them to take collective action to combat climate change.’ said Tan Seng Chai, Executive Director, CHF.

The CapitaLand Environmental Education Programme, another initiative by the foundation, also focuses on raising environmental awareness amongst the young. This covers issues such as climate change, and environmental practices.