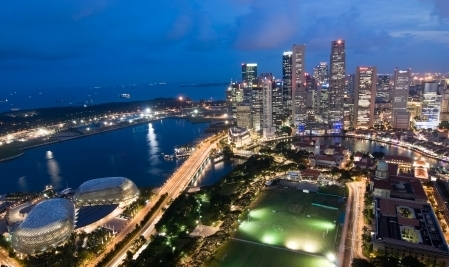 A contraction in investment activity was seen in the office property sector in 3Q12.

According to Savills,commercial investment sales in Q3/2012 amounted to S$1.8 billion,  contributing 19.5% of the total  investment sales. As with the previous quarter, all the deals were in the  private sector. However, the values  recorded a 24.1% drop QoQ.

A contraction in investment activity  was seen in the office property sector. Softening rents and increasing vacancy rates have weighed on the outlook for the office market, creating a more cautious sentiment in this sector.

In addition, the soaring prices of stratatitled units have deterred many buyers, resulting in an absence of transactions  of strata-titled ofi ces exceeding S$10 million in the reviewed quarter.

Only two block transactions were recorded in the CBD. The first is Robinson Point, located on Robinson Road, which was sold for S$284 million or S$2,132 per sq ft based on NLA, to a small group of Asian investors.

Outside the CBD in the Kallang area, the freehold Sam Leong Mansion was acquired by listed company KSH Holdings in a collective sale for S$40.3 million or S$1,087 per sq ft per plot ratio.

On the other hand, buying activity for retail malls, especially those located in suburban areas remained resilient.

In the same month, Mercatus Co-operative Ltd, a consortium of the Singapore Labour Foundation, NTUC Income and NTUC FairPrice bought 50% of nex for S$825 million or S$2,679 per sq ft NLA from Pramerica Asia.