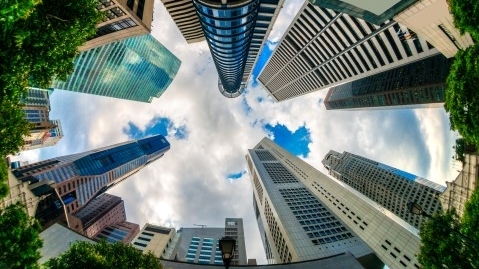 Office rents should level out and potentially moderately improve by 1% to 2% in the second half of the year, a Knight Frank research report said.

“Despite the latest round of movement restrictions as a part of Phase 2 (Heightened Alert), office landlords and tenants were more composed compared to during the circuit breaker of 2020. Familiarity with work from home (WFH) measures, adaptive practices, and a better appreciation of the pandemic era need for office space, have given corporates the confidence to continue to operate or even expand in the business node of Singapore,” the firm said.

Prime grade office rents in Raffles Palace/Marina Bay, however, continued their decline in the second quarter, down 1.0% to $9.96 per square foot per month. Despite this, Knight Frank said that rents showed signs of bottoming out soon as the occupancy rate for prime offices in the precinct increased for the first time since the pandemic, growing by 0.1% quarter-on-quarter to reach 94.3% in the second quarter.

“This has freed up space in prime buildings that were typically full, hence fueling 'flight-to-quality' moves that characterise the current market activity. As a result, both shadow space and space given up at natural lease expiry in prime buildings should be absorbed,” Knight Frank said.

Singapore’s reputation for stability, globally accommodative policies, and the vaccine roll-out has continued to draw multinational corporations to make the Lion City its base for the Southeast Asian region.