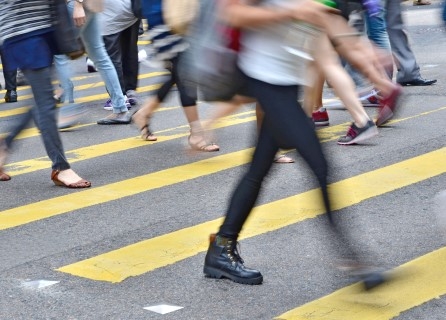 According to a study by researchers at the Singapore Management University (SMU), 62% of surveyed South Asian migrant workers in Singapore with an injury or salary claim with the Ministry of Manpower (MOM) and 13% of surveyed regular workers are likely to suffer from serious mental illness.

“The research identified that the main drivers of emotional distress amongst workers surveyed were the threats of deportation from employers, agent fee debt, and lack of housing for workers who have run away from their employers,” asserts SMU.

Lastly, the whopping 90% of workers with an injury or salary claim from MOM who reported that they no longer lived with their employer were nearly twice as likely to suffer from serious mental illness.

“We were particularly surprised by the prevalence of emotional distress amongst injured workers. The high rates of threats of deportation amongst workers with injury and salary claims with MOM was also worrying,” said research co-author Nicholas Harrigan, SMU School of Sciences’ Assistant Professor of Sociology. “If workers fear deportation, it makes them much less likely to report mistreatment.”

The study proposed a number of measures to address the issues it uncovered. It posited that making the 30-day Short Term Visit Pass more accessible upon termination of work pass, as well as allowing workers to change employers without employer permission could make threats of deportation less damaging.

“These workers have invested a 3 lot in coming to Singapore, and if their employer can liquidate this investment by deporting a worker in just a few days, it gives the employer tremendous power. Unfortunately it seems that some employers abuse this authority," Assistant Prof Harrigan said.

The study also suggested that MOM directly or indirectly provide alternative accommodation to migrant workers who have run away from their employers.

“Expecting employers, whom workers are lodging a complaint against, to provide such accommodation is not a realistic option," concluded Assistant Prof Harrigan.