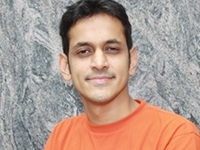 Why I don't want to be SMRT's CEO right now

If there’s one person I wouldn’t want to be right now, it’s the CEO of SMRT.

The organisation has been hammered by the public, first for its service failures and then for the infamous message - ‘income opportunity’ - it blasted to cab drivers after the first failure had occurred.

I feel a bit sorry for the organisation. What they’re falling victim to is not incompetence or greed but simply a poor understanding of how to communicate with customers in an age when the rules of the game have changed.

I experienced the service failures first hand
On Saturday, December 17, I was heading to a business meeting after a research in Choa Chu Kang. I decided to take a train back to the city but was told at Ang Mo Kio, like all other passengers, that the train service from there to the city had been disrupted and I’d have to take the shuttle instead - or a cab.

I decided to take the shuttle but halfway through realised it was moving so slowly, I would be late for my next appointment. It had started raining, so I dared not consider a cab since it was quite possible I wouldn’t get one anyway.

At this point I hash-tagged SMRT on my phone to see if they had a Twitter feed that was communicating which stations were affected and which ones weren’t (my plan was to get off at a station along the way and take a train again to avoid the bad road traffic).

I couldn’t find their handle (or account), and then realised, they mustn’t have one!

In an age where more than 2.11 million Singaporeans (source: Sycomos Jan 2010) are on Twitter and accessing more and more of their news and information on it, it’s backward for any service brand not to be using socially based services like these to communicate.

If SMRT were tweeting the status of rail services, customers wouldn’t have to go to an MRT station to discover that they had been disrupted. They could receive this information at home, or wherever they were. This would have led to a much calmer reaction compared to the one SMRT received.

‘Income Opportunity’
Only a lunatic would create a message that said ‘income opportunity’ at a time when social media is bringing down Governments - leave alone companies and people.

Clearly one existed at SMRT.

The fact that this message was even created for use shows an organisation with profit maximisation at its core, not customers or their interests.

The unfortunate truth for such organisations is that they are ultimately always exposed as being so, and when that happens, the road to recovery can be long, arduous and hard.

SMRT did get some things right
The best thing its CEO could have done was ‘apologise’ for the mayhem caused, which she did at the company’s press conference held a few days ago. An apology always defuses tension, and I think it did that in SMRT’s case as well.

The fact that the CEO also left the issue of resignation ‘open’ and indicated her focus as being ‘getting things back on track’ first would also have been positively received.

In all probability, it also reinforced the fact that she was, and is indeed, the best person for the job - despite the challenges the company has recently faced.

Communicating with customers
SMRT is not the only company that’s behind. Comfort Taxi did a poor job at explaining the reasons for its fare hike recently. It resulted in someone setting up a ‘Boycott Comfort Taxi’ page on Facebook that had over 750 fans a few days after launch. The company doesn’t seem to care and has kept silent hoping the problem will go away rather than getting involved with the debate - which is a mistake.

TELCO’s are only marginally better at communicating with their customers. I have been with my TELCO for 4 years and the only time they call me is when they want to sell me a new product or service. Their calls have become a source of annoyance, they think they have my loyalty when in reality they don’t.

This is the fundamental issue companies here have. Since they operate in a market where competition is not yet as intense as it could be, they don’t feel the need to go out of their way to lift service levels or be responsive to customer issues. If they were responsive, the events of last week may have taken a very different turn indeed.