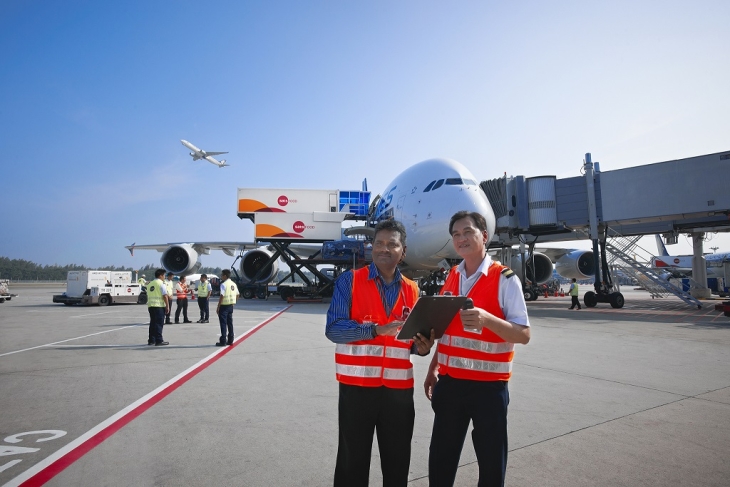 Aviation-related activities contributed around 80% of SATS’ revenue in Q3.

Changi Airport’s robust throughput numbers have translated into solid revenue growth numbers for SATS, and the anticipated opening of Jewel Changi and completion of Terminal 5 by 2030 is forecasted to further boost SATS growth, according a report by DBS Equity Research.

SATS is reportedly well-positioned to benefit from higher air traffic as the increased handling capacity, especially with the completion of Terminal 4, will avail more landing slots for airlines, and encourage passengers to use Changi as a choice destination for transit and landings.

This sentiment was shared by OCBC Investment Research’s (OIR) analyst Low Pei Han, who added that the firm increasing volumes in the aviation industry and strong demand for convenient food in Asian cities will create growth opportunities for SATS to extend its market leadership in Asia Pacific (APAC).

“However, competition in the airline industry continues to result in pricing pressures on SATS and this is expected to continue,” he said.

“Although core operating profit was slightly below, there were some one-off operating expenses which we expect will not recur in the coming quarters,” DBS’ analysts commented. “Associates’ revenue should also see improvement going forward as we anticipate the price hike at the Indonesian associates to kick-in going forward.”

SATS’ Q3 earnings included a $5.8m one-off benefit from associate income stemming from the firm’s disposal of DFASS SATS to KrisShop, according to its financial statement. Excluding this one-off, profit before tax would have hit $80.6m, the analysts added.

Meanwhile, the firm has rolled out initiatives to improve its productivity and optimise the use of human labour with automation to reduce staff and raw materials costs. Such measures have included automated tray assembly lines and autonomous guided vehicles (AGVs) in food operations.

“There are also automated packing machines installed in overseas associates for the same purpose,” the analysts added. “Continued cost reduction through automation and staff productivity has helped to keep costs under control.”

SATS continues to be supported by decent dividend yield of 4%.