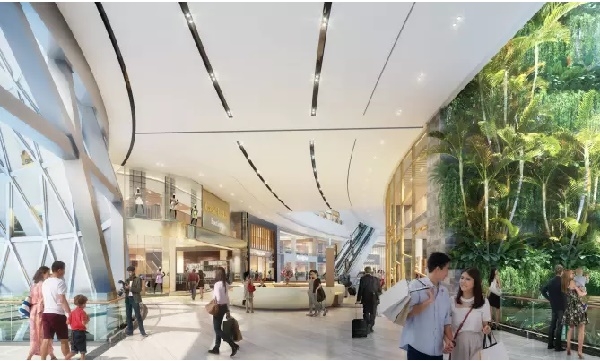 Tenants include Shake Shack, Pink Fish and Laderach which will have their maiden outlets in Singapore.

Five months before its official launch, Jewel Changi Airport is close to 90% leased by retail and F&B players, an announcement revealed.

Integrating nature, play, and retail elements, the airport will host 280 shops and eateries where 60% will be new to Changi and 30% are F&B operators.

“Travellers today have grown more discerning about their destinations and their choice of airports to stopover,” Jewel Changi Airport Development CEO Hung Jean said. “With this in mind, we hope to create a one-of-its-kind, multi-dimensional destination at Changi Airport to fulfil these travellers’ needs.”

The hub will also feature several brands which will make their debut into the Lion City. Amongst them are US burger chain Shake Shack, Chongqing cuisines including Xiao Bin Lou, casual seafood restaurant Pink Fish, Swiss artisanal chocolatier Läderach, and Pokémon Center Singapore, which will be the brand’s only permanent retail store outside of Japan

Moreover, the hub will also host homegrown bands such as Tiger Beer, Naiise, and Supermama that promised to introduce first-of-its-kind concepts for their upcoming stores in Jewel.

Jewel Changi Airport is poised for its opening on March 2019.