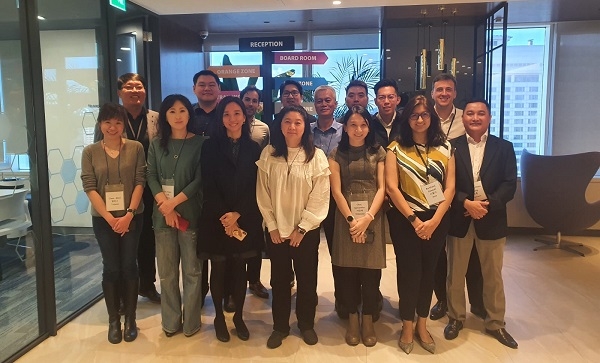 AstraZeneca bags Team of the Year - Pharmaceuticals at SBR MEA 2020

The company stayed ahead of competitors through its nimble switch to a digital platform.

Flexibility in the face of disruption is the hallmark of a brilliant management team. As the pandemic began to grip the world early in 2020, AstraZeneca Singapore kept its operations going smoothly by rapidly pivoting to a digital platform.

In the space of just three months, the AstraZeneca Singapore and Asia IT & Digital team has demonstrated a true pivot to digital by launching several previously-unused digital channels. These channels include virtual events, remote detailing, and a mobile app channel. It has also matured the business in the use of these channels, allowing stakeholders to engage in tasks which would have previously required physical interaction, such as compliance and marketing training. AstraZeneca Singapore has also enabled a fully-automated set of analytics which is now the overall best dashboard in the company.

With this, AstraZeneca has secured the Team of the Year - Pharmaceuticals award at the recently concluded SBR Management Excellence Awards 2020.

Its new analytics suite, ATLAS, has an advanced array of analytics to compare digital interactions versus face-to-face interactions. “All in all, between March and September where we had to run our commercial and medical operations through a fully-digital model (where almost none existed previously), we actually grew – faster than our competitors and much more successfully than the overall market,” says Geoff Wade, CIO at AstraZeneca Asia.

AstraZeneca achieved these milestones by splitting its key performance indicators into three categories. Whilst other companies would only measure the reach of their channels, AstraZeneca has gone one step further by also measuring the engagement and impact of its platforms. Apart from measuring the number of customers using its channels, it also uses analytics to measure engagement and determine how its customers are interacting with these channels. It also measures impact by determining what is changing about its customer’s behaviours from interacting with its channels. “We’ve also worked with many external vendors to align their performance reporting with ours, creating a fully autonomous, robust dashboarding suite,” Geoff adds.

In fact, the company’s year-to-date growth in Singapore hit 21.5% in September, which is 17.7% higher than the industry average. AstraZeneca has also become the third-leading pharmaceutical MNC in Singapore, up from fourth place last year.

AstraZeneca’s digital revolution was not confined to internal stakeholders. It also worked closely with healthcare professionals to ensure that they feel more comfortable engaging with its teams and patients across digital channels. AstraZeneca Singapore regularly received positive feedback from its customers on this point, an achievement in a market that has traditionally shunned digital communication due to the ease of getting around face-to-face in Singapore. As a result, the percentage of Singapore doctors who have consented to digital communications has surged to 59% this year, up from just 0.1% in 2019.

“We leapfrogged our competition and showed that digital can contribute to company growth, even in the Pharma industry,” Geoff shares. “Veeva has produced statistics to show that on their platforms, AstraZeneca has been the most successful Pharma company in terms of doctor reach and engagement. And all this whilst our cost-base went down significantly thanks to the stoppage of face-to-face interactions.”