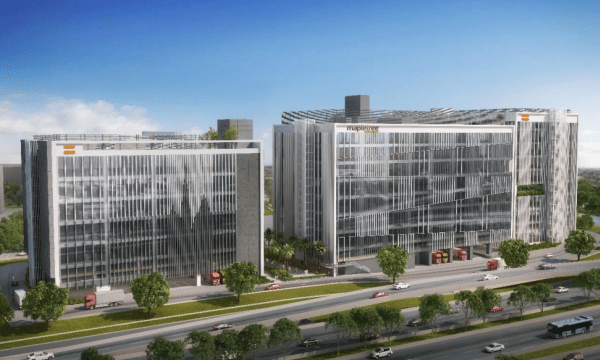 Mapletree Industrial Trust's DPU could get 2.5% leg up from Kolam Ayer 2 Cluster redevelopment

It will add a 211,000 sqft build-to-suit facility for a global medical device firm.

Mapletree Industrial Trust’s (MIT) distribution per unit (DPU) could get a 2.5% boost from FY 2023 backed by a stronger 80% rental uplift and the 71% gross floor area (GFA) increase brought about by its $263m redevelopment undertaking of Kolam Ayer 2 Cluster, a report by Maybank Kim Eng (Maybank KE) revealed.

MIT announced that it would redevelop the area into a high-tech industrial precinct, which will include a build-to-suit (BTS) facility for a global medical device company headquartered in Germany. The BTS, a seven-storey building with GFA of approximately 211,000 sqft, will account for 24.4% of the enlarged 856,600 sqft GFA.

The firm is reportedly targeting high value-add and knowledge-based businesses from the advanced manufacturing and ICT sectors for the remaining leases. Construction works are expected to commence in H2 2020 until H2 2022, and will be debt-funded.

The initial lease term is for 15 years with 2% in annual rental escalations, which is in line with MIT’s earlier BTS projects for HP and Equinix, with a renewal option for two additional five-year terms, Maybank KE’s analyst Chua Su Tye noted. Management is guiding for an estimated 8% yield-on-cost for the project.

“We estimate that the property’s contribution could rise from 1.8% of gross revenue in FY 2019 to 4.5% upon completion, with the lift in both GFA and rents. This will in turn support growth of its high-tech contribution from 34% to 38% of its net property income (NPI) by 2023,” she said.

A separate report by CGS-CIMB also noted that MIT has put together a tenant assistance package for existing tenants at the cluster. Tenants will be offered an extended notice period of 12 months at a preferential gross rental rate for their remaining leases at the Kolam Ayer 2 cluster.

“They will not be required to reinstate their premises and will not need to compensate for early termination if they choose to move out prior to the expiration of their leases. In addition, MIT will actively help them relocate to alternative clusters within its portfolio,” CGS-CIMB’s analysts Lock Mun Yee and Ervin Seow noted. “More than 469,200 sqft of space has been set aside for tenants considering relocation. These alternative spaces will be offered at a discounted gross rental rate for new three-year leases.”

Rent-free, longer fit-out periods and cash subsidies will also be offered to tenants who choose to relocate, they added.

According to Chua, MIT’s push for high-tech growth has gained further momentum following strong leasing activity at nearby 30A Kallang Place, which is now fully-pre-committed.

“We believe project risks lie mostly on execution but these are mitigated by its strengthening BTS track record, as its asset enhancement initiatives (AEIs) and redevelopment projects have totalled more than $700m in value to-date,” she commented.