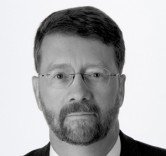 Why Singapore is destined to be an 'experience hub'

By B. Joseph Pine II

Singapore seems to be a country in transition. A national discussion is taking place on where it needs to go and what it needs to be to face the challenges of today’s globalized economy.

One answer seems clear, one direction that holds the greatest promise: become an experience hub. For today’s globalized economy is increasingly an Experience Economy.

The world in ages past was an Agrarian Economy based on commodities that were extracted from the ground and sold on the open marketplace.

Thanks to the Industrial Revolution of the 18th century it shifted into an Industrial Economy based on goods – physical, tangible things manufactured in factories.

Then in the 20th century it shifted into a Service Economy where people moved out of factories and into offices, retail stores, warehouses, call centers, and so forth to deliver a set of intangible activities on behalf of individual customers.

It is time, therefore – for both companies and countries – to shift up this Progression of Economic Value to the next level, that of staging experiences. Experiences are memorable events that engage each individual in an inherently personal way, with the memory as the hallmark of the experience.

You see the shift to experiences in the rise of theme parks, boutique hotels, flagship retail, theme restaurants, destination golf courses, and of course coffeehouses.

In fact, think of a coffee bean – a true commodity that costs 2 or 3 American cents for the amount of beans that go into a cup of coffee. But take those beans and roast, grind, and package them for a grocery store shelf and now you get 5-15¢ per cup.

Perform the service of brewing those beans in a vending machine, kiosk, or quick-service restaurant and you get 50¢ to a dollar, maybe a dollar-and-a-half for your cup of coffee.

But surround the brewing of that coffee with the ambience and theatre of a Starbucks – which innovated a coffee-drinking experience in places where people want to spend time – and watch them get $2, $3, $4, and even $5 or more per cup of coffee.

One industry with four distinct levels of economic offering, depending on what business the company thinks it is in.

And you see that same progression mirrored in the history of Singapore. Its modern history started out as a trading post of the British Empire, trading commodities for world consumption.

Then barely 50 years ago as it became a city-state the Republic of Singapore moved full bore into manufacturing, becoming one of the “Asian Tigers” as they were called back then.

Its great success here enabled it to move into services – financial services in particular – that solidified its status as one of the world’s most prosperous nations per capita.

And the secret to its success? A free market economy that let entrepreneurs innovate, success flourish, and failure be just a way station on the road to the next success.

And if you let people pursue their market freedom, they will naturally create ever-greater value for customers by shifting up the Progression of Economic Value from commodities to goods to services – and now to experiences.

And so Singapore is, quite naturally, becoming an experience hub, from the international Starbucks to the local Carpenter and Cook, from the localized Sentosa Island and Night Safari to the globalized Hard Rock Cafe and Universal Studios, from the Fullerton Bay Hotel across to the Marina Bay Sands, with countless other experience stagers vying for the time, attention, and money of tourists and citizens alike.

That is Singapore’s destiny. Make it so.