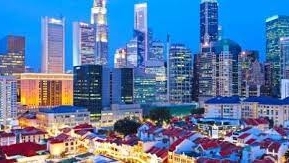 The deal is expected to accelerate the transition towards a green future.

Singapore will be joining Australia in developing a Green Economy Agreement (GEA), according to a press release from the two countries.

The partnership aims to accelerate both countries’ transition towards a green and sustainable future, as well as create jobs and lower carbon emissions.

Initiatives to promote and facilitate trade and investment will be highlighted by the agreement, with a focus on lowering the regulatory burden on businesses. It also has the goal of removing non-tariff barriers to torrid in environmental goods and services, as well as accelerate the uptake of low emissions green technology.

This follows talks between Australia’s Prime Minister, Scott Morrison, and Singapore’s Prime Minister Lee Hsien Loong during the sixth Australia-Singapore Annual Leader’s Meeting in June 2021. One of the conclusions from that meeting was the exploration of a bilateral GEA, with negotiations commencing on September 22, 2021.

Minister Gan also said in a statement that the GEA will benefit workers and businesses in both countries, with the partnership building towards regional and multilateral policies on trade and environmental sustainability.