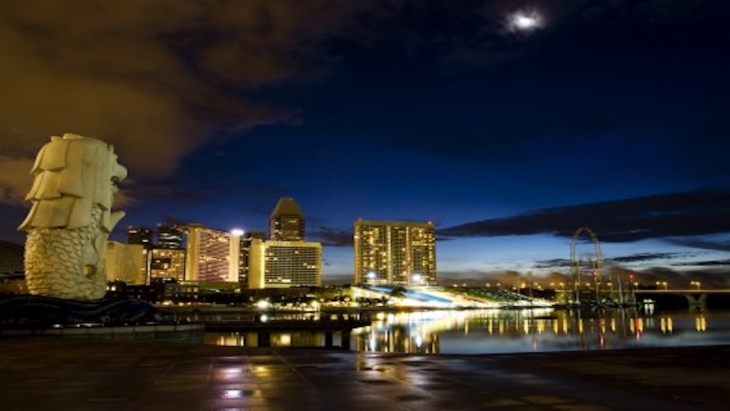 This is expected to unlock more than US$150m value annually for the supply chain ecosystem.

Heng said that the movement of goods is often marked by “significant inefficiencies” as logistic players face congestion at depots and warehouses and they are not able to fully plan due to limited visibility of where their cargo is in the supply chain. He also said that buyers are not able to accurately track their orders.

“The launch of SGTraDex is most timely, as we see a reconfiguration of global trade flows and supply chains,” he said in his keynote speech at the Asia Tech X Singapore Summit.

The government convened the Alliance on Supply Chain Digitalisation, following the series of public partnerships, called Alliances for Action, last year, which brought together various stakeholders in the supply chain ecosystem.

“Their efforts led to SGTraDex – a common data infrastructure for the supply chain eco-system,” Heng said, adding that this will allow stakeholders to “easily ‘plug and play’ to exchange data in a secure environment.”

“With SGTraDex, previously unavailable or difficult to obtain data – such as real-time cargo location – can be easily attained. This will enable logistic players and shippers to optimise cargo handling and operations,” he said.

Heng said the platform has the potential to unlock US$150m (S$200m) of value annually for the supply chain ecosystem and will also speed up the processing of customs clearance, trade financing, insurance, and other related activities.

As part of digitalisation initiatives, Heng also said that Singapore will be launching a Future Communications Research and Development Programme worth US$50m (S$70m) as 5G networks are being rolled out and are expected to cover one-third of the world's population by 2025.

“The Programme will support AI and cybersecurity research for next-generation communications infrastructures, support testbeds for innovative pilots, and provide scholarships for those seeking to pursue research in communications,” he said.

As part of the programme, Heng said that they will look to build international partnerships and strengthen collaborations and establish a partnership with the 6G Flagship Programme in Finland.

In a separate release, Asia Tech X Singapore said Singapore also signed partnerships with Japan and Thailand for digital cooperation at the sidelines of the Summit.

This seeks to strengthen collaboration by enabling closer policy alignment and regulation on businesses. This will also facilitate “project on electronic transferable records and the exchange of information on best practices and policies relating to the Digital Economy, Artificial Intelligence, and cybersecurity” as well as joint training and programmes on artificial intelligence and cybersecurity capacity building.

A Memorandum of Understanding for Cooperation in the Field of Digital Economy was signed between Teo and Thailand Minister of Digital Economy and Society Chaiwut Thanakhamanusorn. The cooperation has been expanded to include digital connectivity, smart cities and AI governance. Both countries are exploring “interoperability between digital systems and frameworks that enable e-documentation.”

supply chain
Get Singapore Business Review - The Latest News, Headlines, Insight, Commentary & Analysis in your inbox
Since you're here...