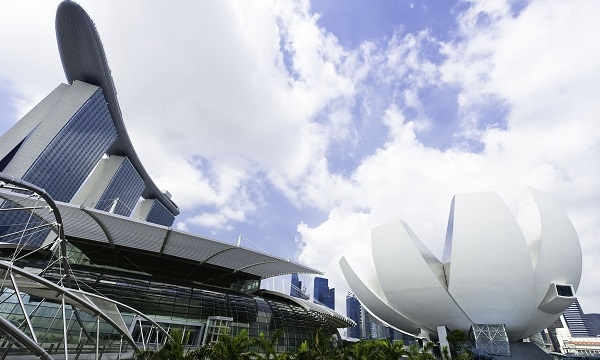 The hospitality sector continues to be amongst the worst-hit industries in the coronavirus pandemic, as border restrictions persist in Singapore and throughout the world. The Singapore Tourism Board’s (STB) latest figures reveal that hotels’ average occupancy rate crashed 32.1 percentage points (ppt) MoM in February 2020, from 83.1% in January. On a YoY basis, occupancy rate has taken a 37.5 ppt nosedive from 88.5% in February 2019. Aiming to attract guests as soon as restrictions have lifted, hotel operators are likely to promote their contactless technologies, such as facial recognition verification during customer check-in and out.

In this year’s issue of Singapore Business Review’s Largest Hotel Rankings Survey, Marina Bay Sands has maintained its lead with more than 2,500 rooms. Hotel Boss remains in second spot with 1,500 rooms, whilst Swissôtel The Stamford comes in third with 1,252 rooms. Rounding up the top five are Mandarin Orchard Singapore and Carlton Hotel Singapore with 1,077 and 940 guest rooms available respectively.

As for small hotels, even whilst they were the least impacted, they still saw occupancy rates dip by 26.6 ppt YoY to 46.2% over the same period. RevPaR for these hotels also slipped by 30% YoY to $71.

Pandemic won’t topple hotels
Despite the impending risk and downward pressure on travel-related sectors in 2020, Colliers International’s executive director of valuation and advisory services Govinda Singh continues to believe that growth drivers in Singapore’s hotel industry will remain intact over the long run. These growth drivers include government efforts to rejuvenate tourism offerings, such as revamping the Orchard Road shopping belt, as well as construction of new attractions and improvements to travel and tourism infrastructure.

In a report by UBS’ Asset Management for Real Estate & Private  Markets (UBS-AM REPM), analysts believe that Singapore’s hotel sector will be largely stable. “Tourist arrivals in Singapore have put on a strong showing over the past 10 years, and whilst there are ebbs and flows as is expected in the hospitality sector, the trend is undeniably upward,” it stated.

Part of this is attributed to China’s role as an economic superpower and the resultant growth of the middle class, highlighting the opportunities that come about when a destination country manages to capture a period of rapid growth in a source market. This is said to be the exact strategy that Singapore is seeking to replicate and adapt for the growing middle class in Southeast Asia.

UBS-AM REPM further noted that between the ten-year period 2009-2019, tourist arrivals grew at a CAGR of 7%, whilst supply of hotel rooms have barely kept up with a CAGR of 5% over the same period. Occupancy rates are thus well-supported, with the standard average occupancy rate climbing to 87.1% in 2019, higher than the 10-year average of 83.8%, and revenue per available room (RevPAR) was similarly above the historical average.

Further, a separate report by JLL is expecting the same level of recovery that hotels have shown after the SARS dilemma quietened down. “Hotel trade performance recovered only five months after the SARS outbreak. Only two months after Singapore was declared SARS-free on 30 May 2003, market-wide occupancy rapidly recovered and exceeded the 70% threshold in July 2003.”

“Barring the expected short-term blip from COVID-19, this should further support the hotel market when visitor arrivals start to recover in the medium term,” UBS-AM REPM added in its report.

Attracting visitors
As with all companies, hotels have been implementing extra measures to be in strong positions when the pandemic is overcome. In an attempt to lure visitors, they have been establishing a number of contactless customer service technologies.

Further, the Singapore Tourism Board and the Singapore Hotel Association recently launched the facial recognition tech E-Visitor Authentication System (EVA), which enables participating hotels to verify guests and clear the way for a faster and smoother check-in experience.

Once fully implemented, stakeholders expect this technology to reduce check-in process time by up to 70%. So far, it has piloted in three hotels: Ascott Orchard, Swissotel the Stamford, and Grand Park City Hall. Aside from improving the overall customer experience, another trend that is boosting guest traffic in hotels revolves around the growing sustainability awareness amongst today’s consumers. Shengwen Chua, commercial director of Conrad Hotels, has noticed a significant increase in ethical consumerism, with an emphasis on sustainability.

“Guests want to know where the hotel sources their food and materials. They want to ensure they themselves are part of the chain to minimise their carbon footprint and support the local industries,” Chua said.

To ensure this, Conrad Hotels sources products from sustainable stocks. For instance, the fish they serve guests are certified by the Marine Stewardship Council and the Aquaculture Stewardship Council. This means that their fish only come from responsible fishing and farming. The hotel group also does not serve shark’s fin in its dishes.

In addition, the company has also implemented a corporate responsibility performance measurement platform that enables it to keep track and measure the use of energy and water as well as waste and carbon output. They have also incorporated alternative materials for plastic waste reduction. In the hotel, plastic straws have been swapped for rice straws, whilst trash bags are now biodegradable. Likewise, they have replaced toilet paper with more sustainable bamboo-based toilet rolls.

Similarly, a spokesperson from Crowne Plaza Changi Airport noted the rise of eco-consciousness across the hospitality industry, with Singapore hotels implementing more eco-friendly practices that are grounded in sustainability. Crowne Plaza Changi Airport is not an exception to this. Branded and recognised as a green hotel, their ecofriendly efforts include appointing an Environmental Management Committee, incorporating technology innovation in rooms to conserve water, and adopting EcoWiz, an avant-garde food digester that transforms food waste into water.

The hotel has also switched plastic straws with biodegradable ones. The environmental policy is displayed on notice boards and awareness cards are distributed to the guests.