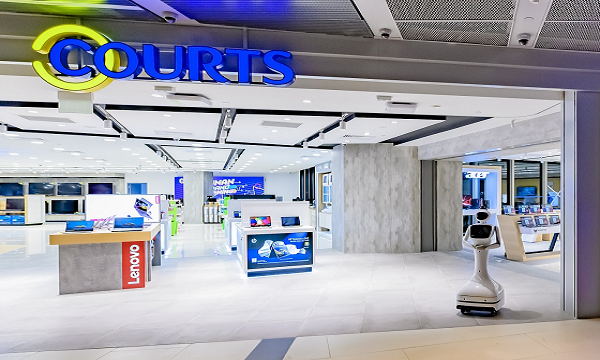 Around 80% of its products at the 12,000 sqft space are smart home-compatible.

COURTS is returning to Funan mall and opening its very first IoT-themed and ranged store, with over 12,000 sqft of smart home, AI, tech products and experiential offerings, an announcement revealed.

The new store features a specially curated of products to serve smart home owners and consumers, with approximately 80% of its products being smart home-compatible from tech giants such as Google, LG, Microsoft, Samsung and Sony.

At Google’s first retail experience concept zone at COURTS Funan, customers can get hands-on experience with the range of smartphones and speakers powered by the Google Assistant, whilst at the Samsung experiential zone, consumers will be able to personally look at smart home features such as digital door locks and mobile phone-controlled washing machines.

Meanwhile, homegrown GT Robot Technology will also unveil its range of artificial intelligence (AI) robots, known as the Wobo - GT Wonder Boy series, which can converse in 13 different languages and is equipped with face and voice recognition capabilities.

“We’ve augmented this experience with a curated range of home appliances from consumer electronics names such as Dyson and SMEG, as well as computing and smartphone brands to support today’s digital and mobile lifestyles,” Ben Tan, country CEO of COURTS Singapore, said.