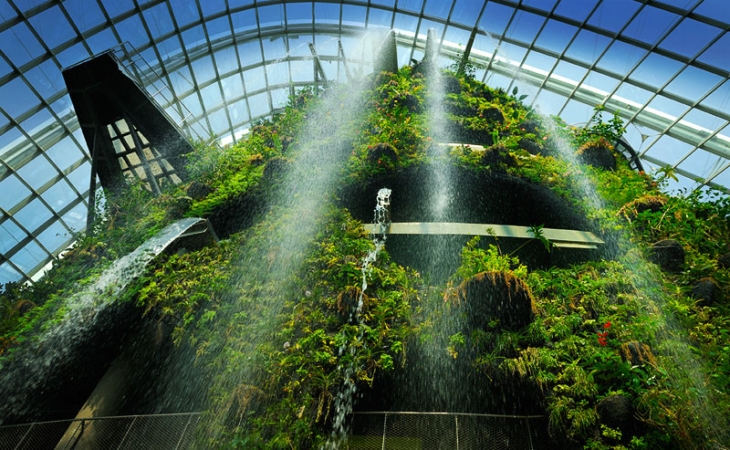 In a written response by the Ministry of National Development to questions submitted my Mr Sitoh Yih Pin, the annual operating cost for the Gardens is estimated to be $53 million, of which $28 million is for operating the two Conservatories, and the remaining $25 million, for the outdoor gardens.

The Government will subsidise half of the cost of operating the outdoor gardens. The rest of the operating cost, including for the two Conservatories, will be recovered through admission fees, commercial rentals, carparking charges and corporate sponsorships.

The accounts are still being finalised but the final cost of developing the Gardens by the Bay will be within the approved budget of $1.035 billion.

The budget does not include the cost of land, but it includes the cost of creating the supporting infrastructure, such as a major access road (Marina Gardens Drive), the drainage works to channel surface run-off from the Marina Bay Downtown into the Marina Reservoir (via a lake and a subterranean canal) and the cost of soil improvement works to strengthen the reclaimed site.

The project was first budgeted at $893 million in 2006. In 2009, approval was obtained to raise it to $1.035 billion, to accommodate the sharp rise in construction cost during the construction boom period of 2006 to 2008. Unforeseen difficult site conditions, together with technological and construction complexity of the Gardens, also contributed to the additional costs.

The National Parks Board (NParks) took active steps to manage the costs down. For example, the Conservatories were reduced in size, and the number of Super Trees was halved from 36 to 18.

Like the Singapore Botanic Gardens, there is no entrance fee for most of the Gardens by the Bay. This is unlike other top gardens around the world. For the Conservatories, a suite of ticket concessions is available to ensure that all Singaporeans will find it inexpensive to make multiple repeat visits.

Singaporeans have warmed up to the Gardens by the Bay, which has attracted more than 1.7 million visitors since its opening in June this year. Many have told us that they intend to return regularly.