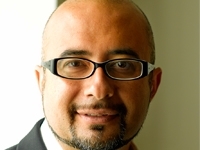 Can SMRT go from social zero to next gen hero?

Social Media has come of age in Singapore.

That become clear when SMRT CEO Saw Phaik Hwa stepped down in response to the disaster involving train breakdowns, stranded passengers and a message flashing up on taxi cab screens saying that this represented an 'income opportunity', a disaster that exploded on Singapore's social media scene with outrage and vitriol.

SMRT had until that time not maintained a Twitter account, but in a misguided attempt to do some damage limitation, it created a Twitter profile with a bio that read 'The official Twitter channel of SMRT. We're here, 9am – 6pm, Mon – Fri (exc public holidays)'. Not surprisingly, this backfired and made matters worse.

Under pressure, SMRT then named Tan Ek Kia as interim CEO, a move UOB Kay Hian said was a signal of "its intention to refocus on its core rail operations and assure the public that all efforts are made to ensure the smooth operation of its rail transport system.”

As welcome as this move seems to be, it still leaves a gaping hole to be addressed.

Refocusing on 'core rail operations' is vital, but one gets the sense that SMRT also and more fundamentally needs to refocus on its core vision.

Yes, as business people we all understand that there are shareholder interests to serve (read: profits to maximise).

But any company must focus first and foremost on delivering a great service. Shareholder interests flow from being great at what you do, and that means getting the whole organisation to focus obsessively on that service.

This should be practised by any organisation anyway, doubly so if that organisation provides a utility service – and in the age of social media, to not do that is tantamount to an invitation for public flogging.

So how can SMRT – or indeed any organisation that has a social media crisis on its hands – respond to this type of situation?

Organisations must learn – or relearn – the art of transparent and responsive communication based on their core values.

SMRT must re-orient all its processes towards providing a world-class public transport service.

In that scenario, it would no longer be possible to imagine a Twitter channel that is not available at any time that travelers need to ask questions; or to see disruption as an income opportunity; or to have station staff not say anything to passengers trapped or waiting in some cases for hours, because they do not have a procedure to deal with such a situation.

In this new world, communications become almost as important as running the trains, buses and taxis themselves.

I would like to propose a three-part program for SMRT: Listen, Speak and Build.

Listening is the cornerstone of any communications activity, and in the connected age that starts with social media monitoring.

Organisations need to get a clear picture customer sentiment. What do they like, but crucially also what issues they have. When responding to those issues, they need to get a deeper sense of what approaches resonate and what leaves people feeling alienated. This activity needs to happen daily, and ideally in real-time, so that as crises errupt they can be tackled immediately.

In addition to this kind of social media listening program, SMRT should run ongoing 'mystery passenger' type programs – mystery shopping excercises to understand what passengers are experiencing on trains and buses, both in Singapore and in exemplar countries such as Japan and Hong Kong.

Our sample mystery passenger activity found, for example, that there is a lack of signage on SMRT platforms which can be confusing for emergencies, new journeys and tourists.

Social media in general is conditioning us all to expect full and frank disclosure, and to have questions answered promptly. We want real-time, detailed comunications.

As much as possible, SMRT communications need to be present anywhere its commuters are looking for information: at stations and bus stops, on Road signs, on Facebook and Twitter, on its Website, on LinkedIn, YouTube, blogs, forums etc

It needs to make its CEO and other leaders visible and available; riding trains, regularly appearing on videos and answering questions on social networks.

It needs to take onboard everything learned during listening activities, to answer questions or to help design new programs.

Which leads us to Build.

It runs a parallel data network – the data about its services.

This data should be made available. In real-time.

Not only should SMRT provide live access to this data on its own website and iPhone or Android apps, it should also provide a free API to this data.

This allows enterprising developers to create new services with this data.

Imagine if Google could immediately tell you current average wait and journey times to Changi Airport, or if this data could be overlaid onto Google Maps.

Imagine if Yahoo could create a widget that flashed up train disruptions on its homepage, or if Facebook & Twitter could feature it in their right hand side bars.

Even better, what if some enterprising students or entrepreuners were to take the data and create live, real-time visualisations of Singapore, showing congestion hot spots, delays, arrivals and departures.

Bring in partners, and this could be done across all modes of transport with weather and major event data included. Commuters could check this app on the way to and from work and change their journey plans if need be.

Now that is a train I could get onboard.

Keith Timimi is the Chairman of VML Qais, the Asian arm of the world's leading digital agency network VML. VML Qais was formed in December 2011 when VML took a majority stake in Qais Consulting, the Singapore and India-based digital agency. VML is part of the Y&R Brands network.

What are the top BNPL, rewards apps in the age of changing consumer habits?

Chart of the day: Services category grabs most interactions amongst Instagram brands