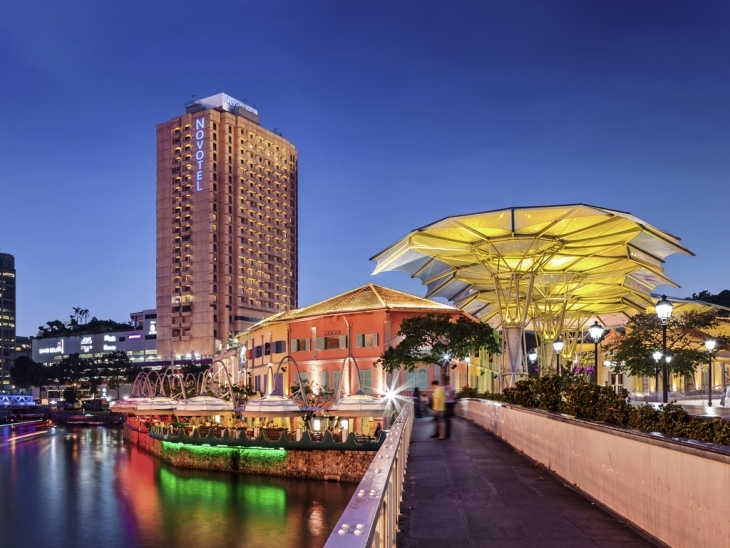 This move is part of its Liang Court Site redevelopment plans.

CDL Hospitality Trust (CDLHT) is acquiring the W Singapore Sentosa Cove hotel and another new hotel for a combined price of $799m, the company announced.

CDLHT is also selling its hotel Novotel Singapore Clarke Quay for $375.9m to a consortium comprised of City Developments, CapitaLand, and Ascott REIT as part of its bid to redevelop the Liang Court Site into an integrated development. The price comes at an 87% premium over the hotel’s original purchase price, according to CDLHT.

The acquisitions are reportedly part of the Liang Court Site redevelopment plan.

CDLHT expects to recognise a total divestment gain and fair value gain of $36.3m following the divestment of Novotel at a 12.9% premium to its previous valuation on 31 December 2018.

Meanwhile, the The W Hotel purchase represents a 3.1% NPI yield and the Proposed W Hotel Acquisition is expected to result in a 0.9% DPS accretion on a pro forma FY 2018 basis, said CDLHT.

With the acquisition of the W Hotel combined with the divestment of NCQ, and prior to the
acquisition of the New Hotel, CDLHT’s pro forma gearing would be at 35.3% , leaving it with a debt headroom amounting to $512.7m, assuming a 45% gearing limit for CDLHT as a whole.

The Liang Court Site has a total gross floor area of more than 100,000 sqm including the new hotel, two residential towers expected to offer around 700 apartment units, a commercial component, and a serviced residence with a hotel licence.