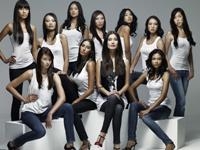 Refinery Media is the first company in Asia to partner location-based social networking application Foursquare. Currently in partnership with several major media partners including HBO and Warner Bros. Entertainment, Foursquare now includes Refinery Media in its fast-growing mix of media and entertainment collaborators. according to a Refinery Media report.

Refinery Media's first multi-platform reality-based entertainment programme, SUPERMODELME was introduced in 2009, featuring aspiring models going through a series of challenges for a chance to be crowned Asia's next ‘IT’ girl. As a multi-platform experience that was driven by the Web, Mobile and TV, the format gave audiences three distinct viewing options with different layers of content. Viewers were engaged through multiple social media platforms and online traffic was driven to partners' sites through the use of exclusive Hyperspot technology.

Foursquare is a location-based application for the iPhone, Android, Blackberry and Palm. With the application installed, users “check-in” at places such as malls, cafes, bars and restaurants. This not only works as a way of telling friends where a user is, but allows users to leave recommendations on where to go and what to do, in and around the area. In the second season of SUPERMODELME, Refinery Media's tie-up with Foursquare opens up new opportunities for user engagement.

The collaboration between Refinery Media and Foursquare will feature tips and to-dos by the model contestants and celebrity judges of SUPERMODELME. This turns them into content creators whom fans can follow and interact with. Through the reality-based episodes, Foursquare tie-ins with advertisers will not only heighten brand awareness; it will create instant brand visibility whenever a user checks in at a location near an advertiser’s venue.

The most exciting product of this collaboration is a location-based game, the first of its kind in Singapore. As Foursquare users roam the city, listed locations that they check-in to unlock badges aptly named, “Superstyle” and “Superconnected”. Unlocking these badges gives them exclusive partner promotions on the spot and takes them one step closer to a ticket to the SUPERMODELME finale. All Foursquare users in Singapore will be able to take part in the location-based game and plans to roll it out neighbouring countries are being discussed.

"As the lines between digital media and entertainment continue to blur, our focus is to develop more creative ideas that will best harness social media tools and emerging technology to drive user engagement and interest. As such, we are thrilled to be the first in Asia to collaborate with Foursquare," said Karen Seah, CEO, Refinery Media.

"Foursquare is all about motivating users to explore the cities in which they live and visit. We offer brands the tools to lead consumers to do interesting things in those cities, rather than just suggest. For entertainment companies with consumers/viewers that have a deep affinity for the on-air brand, our platform becomes the perfect offline extension. Asia is certainly a huge opportunity for any company. Foursquare is excited to be working with a partner to help introduce our platform there,” commented Tristan Walker, Business Development, Foursquare.