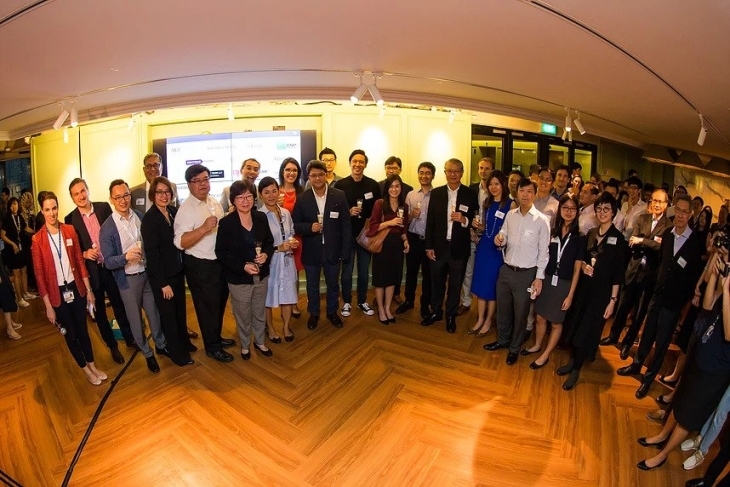 Law firms are riding the digital wave in Singapore

Launching the first legaltech accelerator is only the beginning of the industry’s digital shift.

Rounding out the top 5 are Wong Partnership with 302 legal professionals in 2017, unchanged since 2016, whilst Drew & Napier LLC and Dentons Rodyk & Davidson LLP saw declines in the number of their legal professionals year-on-year to 256 and 200, respectively. Previous figures (in 2016) for the top 4 and top 5 largest law firms in Singapore were 267 and 206 legal professionals, respectively. Total number of lawyers dropped by 11.7% from last year’s 2,855 to this year’s 2,520. Morgan Lewis Stamford LLC suffered the biggest decline with its total headcount slashed by 11.

The decision of the Singapore Academy of Law (SAL) to launch the Future Law Innovation Programme (FLIP) in early January, a two-year pilot programme to encourage the adoption of technology, drive innovation, and create a vibrant ecosystem for legal technology in the city-state, marks the continuous efforts to bring the legal sector in Singapore to the next frontier: the technology space. This transition is, by all means and purposes, a necessary move as the legal landscape in Singapore looks to cement its position in the Asia-Pacific region.

The rise and integration of technological tools in the legal industry, often termed as “legal tech” is gaining ground in Singapore as more law firms find ways to get ahead of the competition and provide more effective and convenient legal services to its clients. Philip Jeyaretnam, global vice chair and regional CEO of Dentons Rodyk & Davidson LLP, noted that technology can revolutionise the legal space in Singapore—and, possibly, beyond.

“In the past year, law firms have increasingly adopted the latest tools to improve operations as technological advances continue to change the way lawyers work,” he said. “Legaltech can revolutionise the client-lawyer relationship—allowing workers to work faster, use fewer resources, and collaborate seamlessly with clients.”

This is echoed by Winston Seow, Partner from Withers KhattharWong. “The keyword for the legal sector in 2017 was technology. A greater emphasis was placed on the adoption of technology into the legal sector and using innovation to grow the sector,” he said.

The launch of FLIP, first announced by Singapore’s Chief Justice Sundaresh Menon in July last year, is a testament to this. Basically, FLIP will allow—in three different components—legal stakeholders and policy makers to support the development of a model for the delivery of legal services in the future economy. SAL’s chief operating officer and chief financial officer Paul Neo noted that the legal community in Singapore is already warmly embracing legal tech initiatives like FLIP. The January announcement also saw the launch of two of the three components of FLIP, particularly the Legal Innovations Lab and a virtual collaboration platform called LawNet Community. The third component, which is considered Southeast Asia’s first legal tech accelerator to groom promising legal tech startups, is slated for launch in April.

Rise of legaltech
Adrian Chan, partner and head of corporate at Lee & Lee, noted that technological advances will reap long-term benefits despite the perceived disadvantages in shouldering the costs of being at the forefront of the implementation of these technologies. “These inexorable trends in technological advancement may see a slow initial take-up rate in Singapore, as sometimes there is a ‘first-mover disadvantage’ when the advancements speed up and overtake a firm’s prior investments, making early investments obsolete too early,” he said.

Chan, however, noted that there will be widespread adoption when the technology stabilises and the playing field levels up. “This is to be welcomed as this means more productive legal practices which translate into cost efficiencies for clients,” he explained. Some of these avant-garde areas where legal tech is and will continue to flourish include the review of documents to assess relevance and “red flags”, contract automation, and the automatic “tagging” of precedents and expertise to help lawyers scale up their legal practice.

For instance, Paul Landless, partner for Clifford Chance, shared that his firm’s legal experts are already blazing trails in advising on legal tech issues including antitrust, data privacy and cybersecurity, and financial regulation, amongst others.

This is on top of the potential of technology to revolutionise the way lawyers and clients interact and do business with one another. Jeyaretnam noted that despite the rise of technology, at the very heart of the industry is helping people with their legal issues.

“Regardless, the essence of the profession remains unchanged—which is to facilitate transactions and then manage disputes,” he elaborated. “Lawyers will continue to serve clients as trusted advisors, advocates, and problem-solvers.”

Seow agreed, saying that with time, lawyers may start to incorporate such technologies into their practice and daily work. “We have seen the introduction of technology used to automate legal paperwork. While such a tool will not be able to replace a lawyer completely, it can help speed up tedious amount of administrative work, but leaving the final decision and judgment to the lawyers. Such technology would free up lawyers’ time, and enable them to focus on advisory work,” he said.

Another early technology that should be looked at and can have a significant effect to the legal industry moving forward, is blockchain technology. Jeyaretnam noted that blockchain technology may potentially overhaul the processes currently in place at government registries, financial institutions, and even the execution of contracts, particularly in the realm of contract law in the case of the legal industry.

“Singapore aims to be not just a regional leader in the field of legaltech, but a world class player in this field,” said Lee & Lee’s Chan.

This is echoed by Jeyaretnam, saying that Singapore provides a stable and supportive environment for legaltech efforts to flourish, particularly with the launch of the FLIP initiative. Seow also emphasised Singapore’s long-placed focus on pragmatism and efficiency. “As such, if the use of legaltech contributes to the efficiency and efficacy at which lawyers serve their clients, there can be no doubt that it will be incorporated into the daily work of lawyers,” he said.

But the rise of technology in the legal industry may also pose risks and threats to the professionals within the community and even disadvantage the whole sector itself. So how can these technologies be regulated and used in the most beneficial way?

Traditional skills
The Dentons Rodyk senior official noted tips including the need for lawyers to remain committed to handling clients’ evolving needs, particularly with their embracing of technological advances and innovation.

“Lawyers should therefore ensure they are able to diligently and competently engage widely-used technologies and client-specific technologies in enhancing their services to clients,” he said, adding that lawyers should not uncritically rely on technology solutions and continue to employ traditional lawyering skills to confirm the accuracy of the results.

Lastly, Jeyaretnam noted that lawyers should ensure compliance with data protection laws of the various jurisdictions in which they operate, as well as data security best practices—especially considering the sensitive nature of legal work.