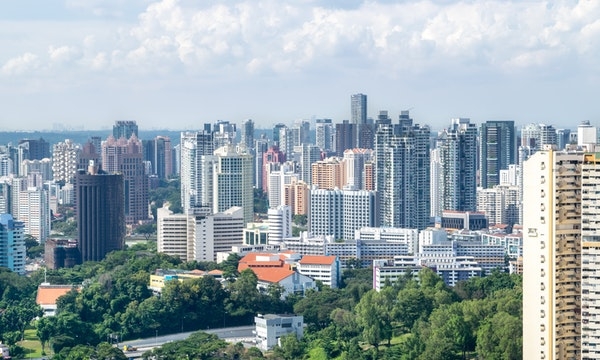 The average monthly rent for expatriate accommodations is now $5,747.

A new study conducted by ECA International has shown that the average monthly rental prices in areas commonly inhabited by international executives or expatriates in Singapore dropped by 2.01% in 2021, as compared to prices from the previous year.

Now averaging at only $5,747 per month, the research collected figures from unfurnished, mid-market, three-bedroom apartments.

Its findings listed Singapore as the 26th most expensive location for international executive standard accommodations around the globe.

ECA Internationals’s Regional Director for Asia Lee Quane said that this was a foreseeable consequence of the pandemic and the heightened immigration restrictions on international workers.

“Rent levels in Singapore are always notably stable and this year is no different, with the country seeing only a slight dip in market rents,” he said.

“This represents a reversal of the increase in rental costs seen in the previous year and is likely the consequence of COVID-19’s impact on the wider economy in Singapore. Moreover, with greater immigration restrictions for overseas workers set in place, this has suppressed the demand for accommodation in the country this year,” he added.

Topping the list is Hong Kong, hailed as the most expensive location for expatriate accommodation for the fourth year in a row. This was despite rental costs there having dropped by an average of 5.95% over the last year.

According the Quane, demand for top-tier areas fell and the ongoing pandemic continues to impact the sector.

“The pandemic has had a serious effect on international business in general, but more specifically, has severely limited the number of overseas workers moving to Hong Kong,” he said.

“This, together with the ongoing impact of socio-political tensions on Hong Kong’s economy, and the city’s unemployment levels at its highest rate in over 15 years, has resulted in a lower demand for high-end accommodation,” he added.

Taipei climbed 20 places and was recorded as the 29th most expensive location for expatriate accommodation.

The growth is mainly attributed to Taiwan’s successful mitigation of COVID-19 transmission in 2020, coupled with increased demand for talent in key industries in Taiwan that helped maintain and increase rents in high-end locations.

“After years of small and steady increases, the Sydney rental market is now oversupplied with apartments. As such, the subsequent drop-off in demand due to the COVID-19 pandemic is amplifying this market imbalance – thus, resulting in significant drops in the rankings,” Quane said.