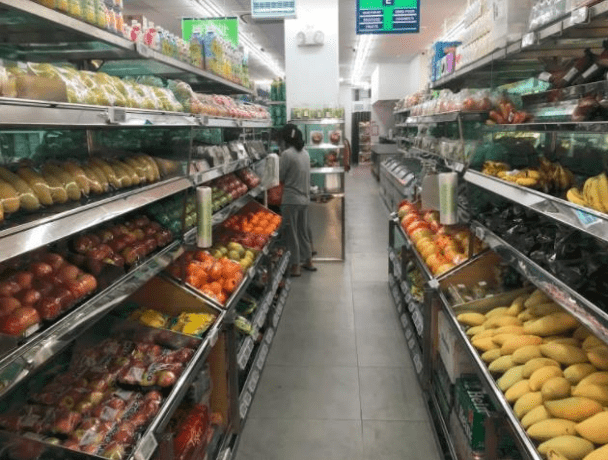 Can Sheng Siong repeat its success in China?

It could lose around US$6m if it doesn’t succeed.

Sheng Siong opened its first overseas store in Kunming, Yunnan province in Q4 2017. According to Maybank Kim Eng, it aims to replicate its Singapore business there and expand into densely populated residential districts.

Management has positioned its Kunming venture as a trial. “If it succeeds, it may expand further. If not, attributable sunk-in cost should be limited to USD6m, excluding management’s time and resources,” said Maybank KE analyst John Cheong.

However, the brokerage is more positive about Sheng Siong’s growth in the province, which provides low rentals to provide modern grocery shopping convenience.

Cheong noted that Kunming is a “special” city. “Not only does its population of 6.6 million dwarf that of Singapore, it is slated to benefit from China’s One Belt One Road initiative. It is destined to be the terminus of a 3,000 km high-speed rail link to Singapore,” he said.

“The supermarket is located in a new shopping mall built by Hong Kong-listed Greenland Hong Kong Holdings... The mall is smack in the middle of a large residential enclave in the suburbs of Kunming. This is important as Chinese shoppers prefer to find their big supermarkets in malls,” Cheong said.

Moreover, Sheng Siong intends to use its supply chain in Singapore to bring into China more brands from the West, Japan, and Korea. “Management says that getting food supply is not a problem as China is a buyers’ market and sellers are tripping over themselves to find buyers,” Cheong added.

Maybank KE thinks the supermarket firm’s entry could be rightly timed. It noted that China’s supermarket sales grew 3.2% YoY in 2017, up from 1.7% in 2016. “Supermarkets suffered less from the online threat than hypermarkets, as their smaller sales areas and smaller inventories apparently enabled them to adapt quicker to changing consumer tastes,” it said.