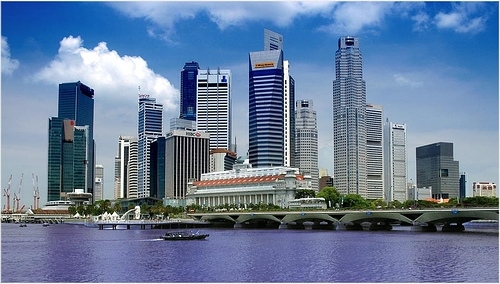 Find out who made the cut.

In its latest property sector report, Maybank Kim Eng named its top picks as CapitaLand, CMA and Keppel Land "for their diversified business models with China exposure" as well as Wing Tai and Ho Bee "for their exposure to Singapore’s high-end residential segment."

Staying selective. Property stocks have been strong performers in 2012, with the FTSE Real Estate Index rising 48% vis-à-vis the 20% gain by the STI. In fact, they have even outperformed the REITs in general, which also had a good run on the back of significant yield compression. We have an Overweight for property stocks in 2013, but remain selective. Our top picks are CapitaLand, CMA and Keppel Land for their diversified business models with China exposure, while we continue to favour Wing Tai and Ho Bee for their exposure to Singapore’s high-end residential segment.

2012 – a newsworthy year for property. 2012 will be remembered as the year where new private home sales first exceeded 20,000. This was despite the introduction of the Additional Buyer’s Stamp Duty in late 2011, which hardly had any impact on the demand for mass market homes. Some property stocks were in the limelight on the back of M&A activities. Wing Tai got the ball rolling when the Chairman made a partial offer to take his family’s stake to just over 50%. This was followed by the ensuing battle for F&N, with particular attention being paid to F&N’s property portfolio. Most recently, SC Global’s founder Mr Simon Cheong is trying to take his company private.

China exposure to lend weight to diversified big-caps. Operating conditions for developers in China appear to be improving, with residential developers seeing stronger demand from upgraders and first-time buyers. Our China property analyst, Karen Kwan, sees a 5-10% upside in property prices in the first and second-tiered cities over the next 6-9 months, which will also be beneficial for CapitaLand and Keppel Land. Over the longer term, we expect demand for high-quality affordable housing to remain robust on the back of the continuing urbanisation process. In addition, with the new CCP leadership onboard, we expect more pro-consumption policies to boost retail sales, to morph the Chinese economy into one led by private consumption rather than capital investment. Strong retail sales will certainly benefit CMA’s portfolio of 59 malls across China.