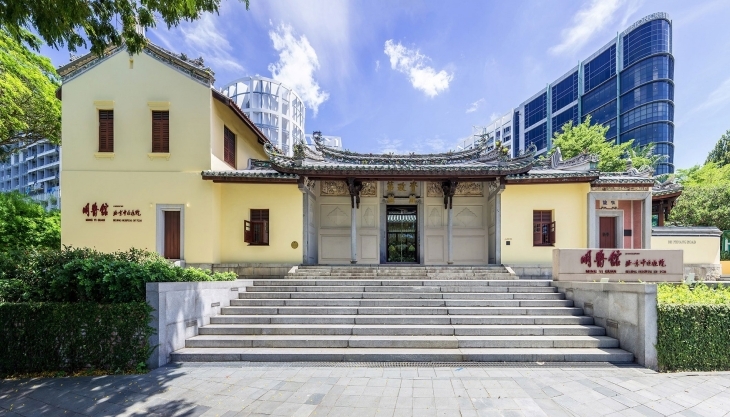 House of Tan Yeok Nee up for sale at $93m

It is the last-standing mansion built by Teochew tycoons in the 19th century.

The House of Tan Yeok Nee is up for sale at a minimum price of $93m through an expression of interest exercise, its joint exclusive marketing agents Cushman & Wakefield and PropNex Realty revealed.

According to an announcement, the price translates to a land rate of $1,590 psf on strata area and $3,109 psf on the current lettable area.

“Built by the wealthy Chinese businessman Tan Yeok Nee, a powerful and influential Teochew businessman in Singapore and Johor during the 19th century, the House of Tan Yeok Nee is the most elaborate mansion and a visual reminder of the Chinese presence in early Singapore,” the two said.

It is also the last standing of the Four Mansions built by Teochew tycoons in the late 19th century in Singapore.

The restoration of the Chinese Teochew courtyard in 2000 was valued at $12m. This enabled it to house the Asian Campus of the University of Chicago Booth School of Business. The property is currently tenanted by an upmarket Traditional Chinese Medicine (TCM) centre.

The property is part of the mixed-use development within Visioncrest, zoned Commercial under the 2014 Master Plan. It has a site area and strata area of approximately 26,321 sqft and approximately 58,480 sqft respectively.

Situated within the Orchard Road District, near The Istana, the property enjoys prominent frontages along Penang Road and Clemenceau Avenue. It is within three minutes’ walk to Dhoby Ghaut Mass Rapid Transit (MRT) Interchange Station and Singapore’s prime shopping belt. It also has direct access to the Central Expressway.

C&W executive director of capital markets Shaun Poh commented, “This is a collector’s masterpiece widely recognised for its architectural values, the only one of its kind heritage asset in Singapore. The Property has previously been approved for commercial school and TCM healthcare usages. Given its unique architectural features and central location, the successful buyer can also explore other usages like office, recreation club, community centre, hotel, subject to the authorities’ approvals.”

Loyalle Chin of PropNex Realty, specialising in conservation shophouses and heritage assets in the Central Business District added, “With unprecedented popularity of business or corporate colleges in demanding more spaces and the rising trend for private members' clubs like Straits Clan, this recently rejuvenated rich heritage gem with ample adjacent carpark lots and just a short walk to Dhoby Ghaut MRT triple-line interchange could be the solution.”

“Moreover, there has been increasing shortage and pent-up demand for freehold conservation assets by family funds and ultra-high net worth individuals,” Loyalle added. “Zoned as fully Commercial, House of Tan Yeok Nee has no additional buyer's stamp duty and is open to foreign investment.”