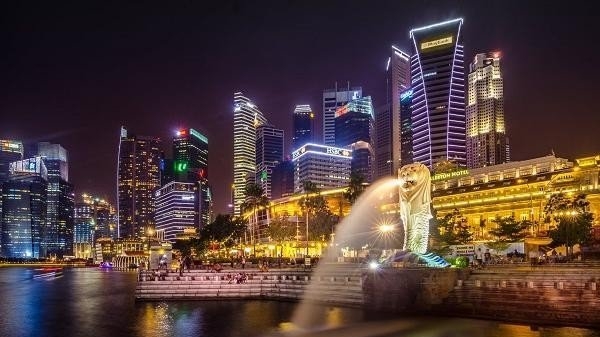 The economy grew by 14.3% in the second quarter (Q2), according to advanced estimates by the Ministry of Trade and Industry (MTI).

This is a recovery from the -13.3% gross domestic product (GDP) recorded for the same period last year, due to Circuit Breaker measures implemented from 7 April to 1 June 2020.

Quarter-by-quarter, this is also a 2.0% contraction compared to economic growth in the first three months of the year.

The manufacturing sector extends its growth, soaring by 18.5% year-on-year in Q2, due to output expansions in all of its sub-clusters except for biomedicals. Electronics and precision engineering clusters, in particular, continue to expand due to the global demand for semiconductor and semiconductor equipment.

A sharp recovery was seen in the construction sector, which expanded by 98.8%, due to low base effects. Construction in the same quarter last year contracted by 23.1% due to Circuit Breaker measures.

All sub-sectors in the service sector expanded during Q2, with both wholesale and retail, and transportation and storage sectors growing by 9.3%. This was supported by a low base as strict domestic and border restrictions last year led to a sharp decline in economic activity.

Collectively, the information and communications, finance and insurance, and professional services sectors grew by 7.8%.

The remaining services sub-sectors, which include accommodation and food, real estate, and administrative support, collectively expanded by 13.4%.

The MTI noted that recoveries in some of the above-mentioned sectors were weighed down by the Phase 2 (Heightened Alert) period, which prohibited dining-in and reduced the operating capacity of attractions.

Several analysts and brokerages have upgraded their full-year GDP forecasts based on MTI's estimates.

GDP
Ministry of Trade and Industry
Get Singapore Business Review - The Latest News, Headlines, Insight, Commentary & Analysis in your inbox
Since you're here...