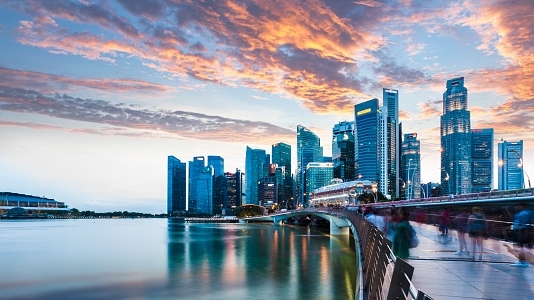 Singapore has overtaken China as the top startup ecosystem in the Asia-Pacific region, the Global Startup Ecosystem Index 2022 has revealed.

Globally, Singapore moved up three places in the rank to the seventh spot.

Singapore was able to push down China due to its impressive total score of 23.408, which is 13% higher than the latter’s score. Last year, China’s score was 10% higher than Singapore’s.

The overall score is the sum of the three subscores that measures quantity, quality, and business environment in which Singapore got 3.98 points, 17.18 points, and 2.24 points, respectively.

StartupBlink – a startup ecosystem map and research centre –which published the index said Singapore had the greatest increase amongst last year’s top 10 counties.

“Singapore is a model for innovation and continues the pattern of a relatively small country massively over-performing and creating regional impact as an open and powerful Asian hub. Singapore’s favourable tax legislation and ease of doing business are attracting massive ecosystem investment. It is no wonder that the country keeps on producing billion-dollar valuations for its startups,” StartupBlink said.

Given this, StartupBlink believes Singapore City can be a “serious contender” in the global top 20 next year for the cities index.

In terms of industries, Singapore City ranked highest in Fintech at 10th place. It’s also in the top 30 in several industries, including Edtech and Ecommerce & Retail