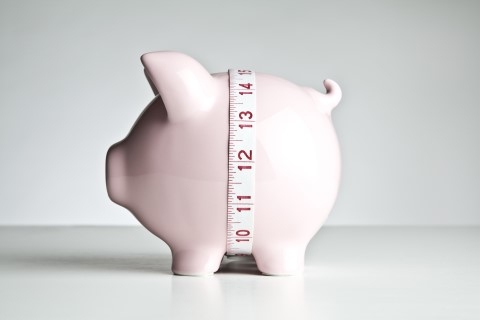 Singapore needs to push its startups beyond seed funding

Despite seed and series A capital abundance, there’s not much series B and C funding enabling startups to scale up.

Whilst Singapore has been consistently hailed as one of the most startup-friendly countries due to prime business conditions and attractive incentives packages, the unavailability of second-stage level funding poses a problem for startups looking for growth opportunities beyond seed and series-A funding.

There is more than abundant capital in the lion city within the range of US$50k to US$2m which could cover initial investment rounds, according to the Map of Money Singapore, which tracks the evolution of the startup ecosystem. However, the pool of available capital thins out noticeably at about US$3m and higher which usually qualifies for investment rounds in the Series B and C stages.

“This confirms an observation made by many that there is a 'funding gap' at those two levels which may be holding back the expansion of businesses that are out of the 'startup' phase and into the 'scaleup' phase,” Hugh Mason of JFDI Asia told Singapore Business Review.

In fact, one in five fintech firms lament the fact that Singapore doesn’t have enough venture capital to go around with 66% claiming that the current level of government assistance is inadequate to power their businesses.

However, this may be more of question of the availability of higher-level funding as the seed and series A funding landscape is more than saturated by a large number of venture capital firms like Jungle Ventures, Sequoia Capital, SPH Media Fund, TNB Ventures, Monk’s Hill, and Elixir/Straits Fund to name a few.

New players such as 500 Startups and SeedPlus are similarly joining the party to crowd the initial investment scene whilst some are opting to provide higher but still initial financing levels like Golden Gate Ventures and Rakuten Ventures who graduated from providing seed to Series A funding.

Startups then have to scramble for series B funding as the map notes that they can only choose between B Capital and Burda. And the picture gets grimmer from there as the map estimates no VC firm offering series C funding.

“There may be a role for government in fostering the dialogue to fill the 'series B/C gap',” Mason noted but added that another factor potentially driving low VC investment may be the lack of viable business models as startups in the city-state may not just be investment ready yet.

In fact, a longitudinal study by the National University of Singapore noted that despite the growing number of startups in Singapore, over half (56.8%) of them can be classified as “zombies” or companies that generate little employment and growth. This is partially because such startups choose to operate and disrupt safe and predictable verticals like online services to avoid risk.

The study also revealed that startups in the lion city have a five-year survival rate of 53% higher than 49% in the US and 42% in the UK as there are more than enough vehicles to fund their growth trajectories amidst the diverse number of angels, corporate and government accelerators, venture debt and private equity financing operating in the startup ecosystem.

“The Fintech sector in Singapore is vibrant with the Monetary Authority of Singapore taking an active role in encouraging startups, and driving corporate innovation in financial institutions. Contrary to the survey, we believe that there is an abundance of exuberance with the easy availability of grants, venture capital, and cryptocurrency fund-raising in the form of ICOs,” said James Tan, Managing Partner of VC firm, Quest Ventures.

It is therefore the duty of the startup, just like any other company, to invest in R&D, take risks, disrupt previously undisturbed sectors to stay relevant and then the funding itself will come naturally.

“Compared to 10 years ago structures are in place to support startups like fintech businesses that don't require huge capital to get set up. The funds and the startups just need to knuckle down, get their act together and accept that not everybody deserves a cheque,” Mason said.