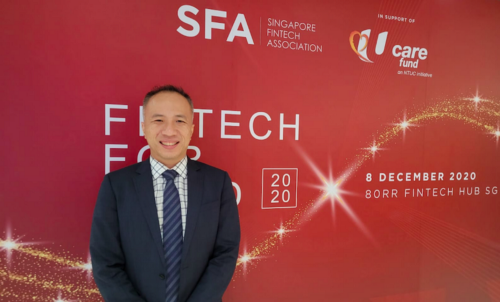 Why this young ESG-focused fintech startup is determined to reshape the finance industry.

In 2019, a young startup saw the need to change a fragmented capital market. It saw how institutions operate on different systems and ledgers, and go through a linearly-dependent process where settlements take between 2-14 days, depending on the asset class.

These were the problems that ESG-focused fintech startup STACS wanted to change ever since it started.

Talking with Singapore Business Review, Benjamin Soh, co-founder and managing director of STACS said that this problem had persisted for more than 50 years starting in the 70’s.

Soh said that with the capital markets fragmented as it is, it leads to $1.068t (US$800b) of capital being locked up every single day in the clearing system.

“With multiple layers of processing, nearly US$300b is being spent on transaction costs and this model isn’t even effective. In the EU alone, approximately 6% of trades fail to settle, resulting in €35b in penalties annually,” he said.

Soh called this a waste - a waste of time, money and carbon footprints that STACS have vowed to address.

“Innovating our way out of these problems is vital if we are to deliver a green and sustainable future for financial services,” Soh stressed.

“The first challenge when we initially started would be navigating this relatively younger fintech space back then in 2019, and also to be taken seriously by the big players in the industry. Interestingly and fortunately for us, we managed to secure quite a few meetings with such big institutions even while we were brand new, before we even figured out our company incorporation,” he said.

In the simplest terms, STACS is a Singapore-based fintech development company with a vision to provide transformative technology for the financial industry.

The startup provides interoperability between existing infrastructure and its SaaS platform with STACS blockchain core.

STACS works by offering multiple options of connectivity for financial institutions: via its front-end applications built specifically for finance use cases such as trade lifecycle management of bonds, structured products and derivatives, API integration between existing platforms (i.e. Aladdin, Murex, Omgeo), and the STACS infrastructure as well as node-to-node integration.

“As of today, STACS has successfully integrated blockchain with SWIFT through APIs in the ISO20022 format, such that payments can be triggered on SWIFT via smart contracts, with the SWIFT instructions stored in an immutable blockchain ledger,” Soh said.

“Together with our partners, one of which is Deutsche Bank, collaborative efforts were made on building connectivity with other payment options such as Diem, and furthering on existing connectivity to the Ubin Payment network,” Soh explained.

The funding round was led by venture capital firms such as Wavemaker Partners, Tribe Accelerator, and Stellar Partners.

STACS was an alumni of Tribe Accelerator batch three in 2020.

The company’s business model seems to be on the right track as in a few short years it has garnered several accolades such as Award Winner of the Monetary Authority of Singapore (MAS) Global FinTech Innovation Challenge Awards 2020 and the Asset Triple A Digital Awards 2021 FinTech Startup of the Year.

Right now the company is focused on enabling environmental, social, and governance (ESG) frameworks and transparent reporting in financial markets through their GreenSTACS platform.

Soh said they see a huge trend towards green fintech as a partnership between tech companies and financial institutions.

“There is more focus on ESG right now, and banks are realising they have a responsibility, fairly or unfairly, to be able to help in tracking the greenness of a given project. There is a lot more that technology can enable, including greater democratisation of finance and improving access. But the greatest impact is only possible through us as a tech platform partnering with the existing financial institutions, which already have millions of users,” Soh said.

“While we may be growing rapidly, expanding our team, bringing in new investors, developing new products and opening new markets, ultimately our vision over the next five years is the same as it was on day one: to simplify global markets with our transformative technology,” Soh said