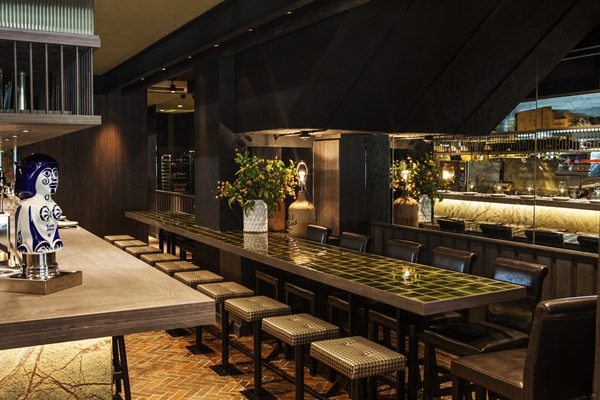 Get a taste of Spanish-style sandwiches and delicacies at Dehesa

The chef-owner was trained under the legendary three-Michelin-starred Nico Ladenis in UK.

Dehesa, which opened in mid-December 2015, is for curious foodies and those seeking something different from the mainstream food scene. Its name in Spanish means “grasslands” – home of the Iberico pig – and is an escape from the ordinary, with a commitment to whole animal usage (alternative cuts, offal and succulent classic cut specialties) to create distinctive, made-from-scratch and robustly flavoured delicacies.

The restaurant itself is laidback and welcoming in its air, a place where diners can not only expect complete nose to tail eating, but an original and personalised experience.

“At Dehesa, there is no half-way in the food we offer. Our rebellious nature against food of the norm aims to keep diners coming back for more. If we choose to cook a particular meat we use the whole animal to honour this ingredient. At Dehesa, what you see is what you get – just real food and pure passion for cooking,” said Chef-Owner Jean-Philippe Patruno.

Dehesa is a joint venture between Jean-Philippe Patruno and the Good, Bad & Ugly Group. a Singapore based Lifestyle fund founded by Berlin Lee, the co founder of A Thousand Tales with concepts like Bar Stories, Table Manners and Dancing Crab (a joint venture with Tunglok Group). The Good, Bad & Ugly Group focuses on Chef-Owner-Operator ventures and strongly believes in introducing unique and quality concepts to Singapore’s competitive food scene. Dehesa is the Group’s first venture of this kind.

Jean-Philippe’s upbringing in France by his Italian father and Spanish mother is the foundation of his culinary talent. From his humble beginnings as a kitchen apprentice 29 years ago, his career would take him to London, where over 22 years, his career would flourish under the tutelage of some of the greatest chefs in the industry during a period when the city’s famous food scene thrived with innovation and glorious variety.

During his first decade in London, JP, as he is affectuonately known, was trained under the legendary three-Michelin-starred Nico Ladenis at award- winning and revered dining institutions Simply Nico and Very Simply Nico. He was then singled out by the undisputed “Kings of Soho” Sam and Eddie Hart to take the helm of their celebrated restaurants Fino in 2003 and subsequently, Barrafina in 2006. Both restaurants were heralded as the most talked about and sought after gourmet destinations in the London dining scene. At the 23-seater, no-reservations Barrafina, snaking queues became the norm every evening, which was a testament to the consistent high-quality specialties served by JP and his team.

Now based in Singapore, JP, continues to surprise, delight and awe the ever-evolving food landscape with his own brand of culinary savvy and attitude. “After 29 years working as a chef at other people’s restaurants, I wanted to start a restaurant of my own. It was my time at Quo Vadis in London that my love for alternative cuts and offal developed and from which my inspiration for Dehesa is drawn. That combined with my Spanish, French, Italian upbringing,” he said.

JP and Berlin started the business very rapidly. After just a few meetings and tastings, the two decided that they had something special and something which could stand on its own as a unique dining concept. They were up and running in about 2 months and opened mid-December just 3 months after their original meeting. Putting up the business that cost them around $450K was not that easy though. “The obstacles we have found are mainly supply and suppliers, trying to find offal, new cuts of meat and price point and offers for customers. Also making sure we represent local suppliers and local seafood like our Lala, crabs and snapper,” said JP.

Singapore’s ever evolving dining scene means you always need to give customers a reason to come back for more. As they are still only 2 months in, JP said that they want to show that they are much more than a nose to tail eating restaurant.

“Our philosophy is to use everything we can cook or eat, but we have great seafood, amazing rib of beef and are doing our famous paella again. We wanted to wait before we introduced more 'traditional tapas' so that we weren't 'Just another Spanish restaurant', but a place where you can really explore different facets of Spanish cuisine. Something more earthy with guts!,” he said.

The Dehesa team is currently focused on their lunch menu – wet rice dishes, Spanish style sandwiches and specials each day such as Perecebes, a Spanish delicacy. According to JP , Dehesa is the only restaurant in Singapore where you can eat these.

Dehesa will be launching a Chef’s Table experience in March introducing dishes like grain-fed aged beef with wine pairings and lighter seasonal salads.