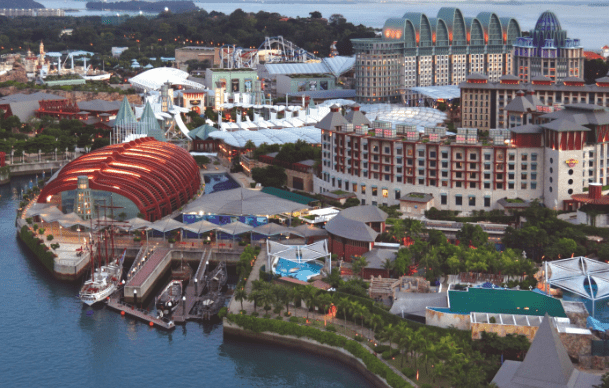 Projects in Osaka and Yokohama could yield an aggregate EBITDA of $2.52b by FY 2026.

A regional win in Japan to develop an integrated resort (IR) could see an earlier payback period of nine years given the relatively smaller capex commitment for Genting Singapore, a report by CGS-CIMB revealed. An urban IR on the other hand could imply an earnings before interest, tax, depreciation and amortisation (EBITDA) payback of 10-11 years.

Genting Singapore had publicly mentioned that it was keen on bidding on all three large IRS. In its 2018 annual report, the firm guided that it was cautiously optimistic about its chances, after leveraging its 2006 experience in winning the IR bid in Singapore.

“It expects the IR industry in Japan to be similarly stringent in its regulations, so its hopeful that its track record can give it an edge over its competitors in the Japan IR bid,” CGS-CIMB analyst Cezzane See said.

In FY 2017, hospitality consulting firm Global Market Advisors (GMA) identified Tokyo, Yokohama, and Osaka as the cities capable of supporting a large IR. Of the three, only the prefectural governments of Osaka and Yokohama have reportedly been consistent in vocalising their interests in having an IR in their respective areas.

The report noted the Osaka prefectural government has earmarked an estimated 60 ha of land on Yumeshima Island for an IR, and estimates IR investment costs of $11.76b (JPY930b). The potentially facility is expected to yield an annual gross revenue of $6.07b (JPY480b) per annum once completed.

“We think the Osaka IR could be the first to be developed in Japan, as the prefectural government started the request-for-concept (RFC) process in April 2019,” See said, adding that the local authorities have verbalised an aim to open an IR before the Osaka World Expo in FY 2025.

Meanwhile, a separate report revealed that respondents to the Yokohama prefectural government’s RGI are willing to spend between $7.84b and $16.43b (JPY620b to 1.3t) on an IR property. They also estimated that the property could generate revenue of $4.42b–11.12b (JPY350b-880b) per annum.

“The estimated capex outlay for the Osaka and Yokohama IRs are extensive, close to the cumulative capex for the initial phases of both Singapore IRs (US$10b) and larger than some of the recently announced upcoming casinos such as Naga 3 and Resorts World Las Vergas which are estimated to cost around $5.42b (US$4b) each,” See noted.

That said, Genting Singapore is facing some stiff competition, going up against six other entities in Osaka’s casino resort RFC, and eleven others for the Yamashita Pier IR in Yokohama. Some of these firms include Las Vegas Sands Corp, Melco Resorts and MGM Resorts International.

After stacking up the players vying for Japan’s IRs, See noted that as at end-FY 2018, Genting Singapore has the largest net cash position amongst its peers, whilst Las Vegas Sands and Galaxy Entertainment reportedly have the highest capex commitment over the next three to four years.

“Assuming a Japanese IR is sanctioned by FY 2021, we believe Genting Singapore has sufficient financial bandwidth to cover the equity for an Osaka IR, and more than enough for a regional IR. We also think it has sufficient cash to cover around 80% of a Yokohama IR (assuming a 50% stake and 50% financing). Should the project be delayed, this could benefit Genting Singapore as well, in our view.”

See added that Genting Singapore’s balance sheet will be further strengthened once it pays off its $860m loan at its Resorts World Sentosa subsidiary. In FY 2016, Genting Singapore also divested a stake in a Jeju IR for $569.37m (US$420m) to set aside a cash pile for an opportunity in Japan.

In April, Genting Singapore announced it would also embark on a $4.5b expansion of its IR at Resorts World Sentosa, which would add approximately 50% or 164,000 sqm of new GFA of leisure and entertainment space.

The project will include expanding Universal Studios Singapore, with two immersive environments Minion Park and Super Nintendo World, expanding the S.E.A. Aquarium to be re-branded as Singapore Oceanarium and converting the Resorts World Theatre into a new Adventure Dining Playhouse.

Likewise, it will expand its in-resort accommodation with up to 1,100 more hotel rooms at a new waterfront lifestyle complex and within the central zone of RWS, and develop a driverless transport system (DTS) to enhance last-mile connectivity and bring greater footfall to RWS and the rest of Sentosa Island.