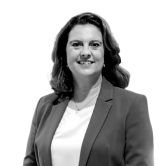 Apart from encouraging young women to take up STEM courses, we should also have more female role models in these fields and take on a “Kampong” approach.

Two months ago, at a technology conference, the organiser asked me who my female role models were early in my career. She wanted to know how these women had shaped my journey as a business executive.

In a way, I was stumped. Whether it was a senior female business leader I worked closely with, someone I could model my career after, or connect with for advice - it was hard to think of anyone. I have faced this problem from the start of my career. There were just too few female role models. Fortunately, and as a natural consequence, I took some inspiration from my father, who happened to be a business executive. From him, I learned the skills of listening, showing respect, and being people-focused. But, obviously, he could not prepare me for what it would feel like to be the only woman in a boardroom, and having to speak up when everyone looks at you, which is nerve-wracking.

Today, female representation in the all-important fields of science, technology, engineering, and mathematics (STEM) in Singapore is, at best, a mixed affair. While there is an increase in women pursuing STEM degrees in local universities, only 30% of local researchers and engineers are women.

According to a recent study by the Nanyang Technological University, only 58% of women with STEM qualifications in Singapore work in jobs they are qualified for, compared with 70% for men. As if that’s not bad enough, another Ipsos study pointed out that among those who once considered STEM-related subjects, one in three girls in Singapore changed their minds at the age of 15.

These challenges become more acute for a small country like Singapore, which aims to become a Smart Nation to stay ahead as a global city. Studies have shown that diverse teams are more effective at problem-solving. This means that diversity, both inherent and acquired, can drive greater innovation once different voices and life experiences are brought to the mix.

Steps in the right direction

It is important that women bring their whole selves into the business world.

But this has never been easy. There were times in the 1990’s when I felt I had to dress or act like men just to blend in and be taken more seriously. If I had a female role model who I could look up to and who represented me, I likely wouldn’t have felt the same level of pressure.

I have seen women step out of their STEM careers due to different reasons, including societal expectations and caregiving duties.

Research has shown that women feel they experience imposter syndrome to a greater degree than men, attributing their success to luck instead of hard work, skill, or competence. This also prevents more women from coming forward to coach others.

However, I think there are two ways to solve these problems.

The first is to encourage more girls to choose STEM subjects while at school and university. In Singapore, the government has made significant investments in encouraging greater STEM research and education. Recently, it was announced that Yale-NUS and University Scholars Programme will be combined into one new college from 2022 with students reading a new common curriculum enhanced with STEM elements.

The same Ipsos study showed only 41% of female students in Singapore planned on pursuing STEM-based studies, compared to 69% of male students. Therefore, there’s a lot of room for improvement.

The second step is where female role models can help. We need to be able to capture the interest of girls from a young age and keep them engaged. Research in other markets has shown that an optimal way to encourage young girls to pursue emerging high-growth roles, particularly those requiring STEM math skills, is to expose them to the professional and personal experiences of actual female role models with a successful professional trajectory in STEM fields.

Thankfully, there are sparks out there in Singapore, too.

It takes a village - the Kampong approach

Building a bank of highly visible and active female role models can positively influence girls' confidence, achievement levels and mental well-being. It may well be the most powerful tool in educating young people today in an era where COVID-19 has limited exposure and events at school. Exposure to female role models via youth outreach, community initiatives and upskilling can create the perfect conditions for more women to enter the STEM track.

In my case, having female role models early on would have given a different dimension to how I’d view my career path, although I’m glad I also learned from my father. A female role model could have helped me find my voice and confidence as a female executive in a group populated mostly by males.

Even small daily interactions with role models can have an outsized influence on the youth. For example, a study has shown female students are more likely to choose a major in STEM when they are assigned a female professor instead of a male one.

Here is where the “Kampong” approach comes into play. Just as it takes a village to raise a child, it also takes a community to nurture talent.

Role models take on a community mindset and lead their employees and youth groups in an open and inclusive manner. This creates a virtuous cycle that allows the community to nurture talent and encourage greater workforce participation.

Let’s step up to the plate

I would like to call on my peers - women and leaders in the business and STEM community - to reach out to the young women around you, both at work and home. Every interaction can make a difference, enabling us to be more resilient and together create a brighter future for those who come after us.