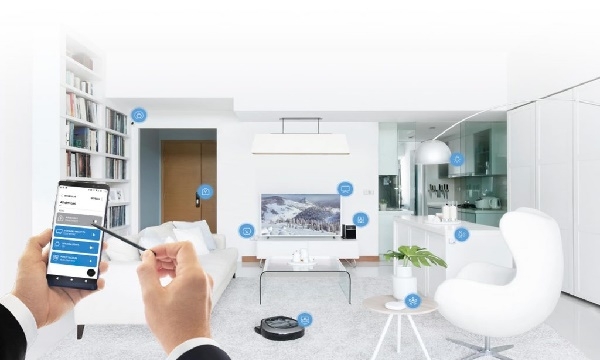 For a one-bedroom unit worth $838,000, buyers will get to have an integrated sink and dishwasher that could help slash washing time by 50%, amongst its many smart home features.

With Jadescape's smart home technologies and multi-generational features, more than 9,000 graced its developer’s gallery. Amongst its many smart technologies adoption are its facial recognition scheme to secure the lobby escalator and an integrated sink and dishwasher that could reduce dishwashing time by 50%.

Jadescape in Shunfu Road was launched by Qingjian Realty in September. On its launch weekend, buyers have already snapped 60% or 300 out of its 400 units at an average price of $1,600 psf.

Based on its psf rate, one-bedroom and two-bedroom units were priced starting at $838,000 and $988,000 respectively. Meanwhile, $1.38m will secure buyers with a three-bedroom unit.

According to a previous report by AT Kearney, the smart home market in Asia is poised to hit US$115b or 30% of the global share by 2030. The report noted that Singapore is expected to see a high penetration of smart homes alongside Taiwan and South Korea given the large proportion of high-income households and the data connectivity in such countries.

In Singapore’s case, analysts believe that the emergence of smart homes is fueled by its government’s smart nation initiative which is geared towards using technologies for the improvement of mobility, health, living, and service standards.

“Such smart homes will appeal to all buyers, from singles to families, from the young to the aged, as smart home technologies improve efficiencies and standards of living, and will enhance security all around such as the ability to pay maintenance fees, book classes, unlock home locks, check on car washing bays remotely and more,” Colliers International head of research for Singapore Tricia Song told Singapore Business Review.

Its emphasis on safety and ergonomics makes smart homes attractive to parents, multi-generational families with kids, as well as the elderly, Huttons Group head of marketing and communications Hector Tan said.

In Jadescape’s case, some smart security features include a Pan-Tilt-Zoom (PTZ) IP Camera with audio and video function which could help parents monitor their kids and pets in real-time, a smart device to double check if the doors are locked, and a smoke detector which provides real-time instant alert to residents in times of emergency.

“Nonetheless, smart home features do play a part in making a unit attractive and serve as the icing on the cake,” Tan explained.

Aside from Jadescape, other developments that are packed with smart home technologies include Kent Ridge Hill Residences where units are armed with digital lockset and smart home system with remote air-conditioning control, WiFi doorbell and smart gateway with camera. Likewise, the newly launched Whistler Grand are installed with camera surveillance, voice assistant controls, digital lockset as some of its smart home technologies.

Looking ahead, the demand for smart homes is likely to grow with people having an increasing desire for automation and technological advancements, OrangeTee & Tie head of research and consultancy Christine Sun said.

“As old developments get removed/enbloc-ed, it can be safe to say that smart home tech will make its way into new developments,” Tan said. “Suffice to say, the adoption of smart home tech can contribute to higher property prices as developers have to account for the integration and maintenance of technology.”

What should form part of Budget 2023 for the tech sector?

Here’s how many Singaporeans use social media