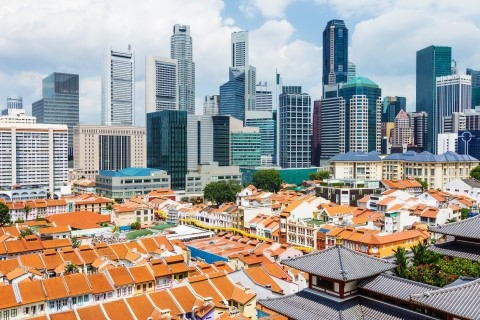 Individual resellers could be thinking twice before toning down prices due to a healthy economy and job market.

After home cooling measures were rolled out in July, developer home sales were hit by panic buying and plummeted 63% to 616 units in August from the 1,724 units sold in July.

Analysts believe that the property curbs paired with the Hungry Ghost Festival became a double whammy for developer sales. Even the resale market crashed as sales volume dropped 35.3% MoM to 694 from 1,072.

By September, the worries may have subsided as developer sales bounced back by 51.1% to 932 units from 617 units in August.

“Some buyers may have switched their buying interest to new home sales as prices of resale homes are holding firm,” OrangeTee & Tie head of research and consultancy Christine Sun said. “Individual resellers may have been reluctant to drop prices as the economy and job market is still healthy.”

According to SRX Property, private condo resale prices merely inched down by 0.2% MoM. On a YoY basis, prices in the resale market jumped 10.8% compared to September 2017.

Analysts also believe that an indicator of the market’s recovery is the re-emergence of a number of new launches.

“The 1,169 private homes launched in September is the highest number of monthly launches in 2018, not counting the 2,239 launched in July, which was a distortion due to the hasty launches on 5 July to beat the cooling measures,” JLL national director of research & consultancy Ong Teck Hui said.

Ong thinks that developers are aware that they may be hit with a supply crunch in 2019, prompting them to not delay launches for projects.

“As the return in demand is underpinned by strong economic fundamentals, we foresee that buying activities will pick up further as more launches are on the cards, including The Woodleigh Residences, Parc Esta, Kent Ridge Hill Residences and Whistler Grand that are slated to be launched over the next two months,” Sun noted.

Given that there are a number of launches in the pipeline, ERA Realty key executive officer Eugene Lim thinks that buying demand will not inch up significantly as buyers evaluate their housing needs, options and finances. He added that buyers are increasingly becoming selective as they slowly come to terms with the effects of the cooling measures.

“Should developers decide to take competition head-on by launching projects at the same time between October and November, they may need to adjust the pricing strategy accordingly,” Cushman and Wakefield head of research Christine Li said, noting that developers may have to consider holding back their launches to next year, otherwise, when the effects of the cooling measures have settled in.

“Overall, price is still the most important factor, but beyond that, the emphasis is also on the location and product,” Lim commented.