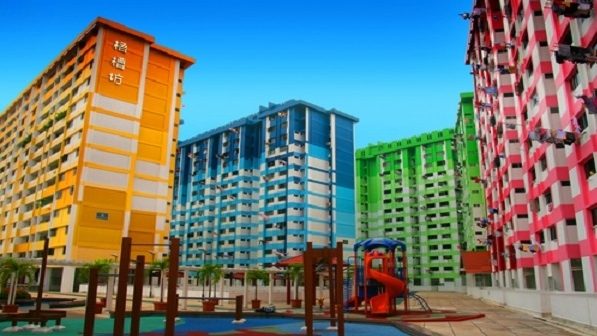 HDB prices record a 0.9% uptick in June from May.

Housing Development Board (HDB) prices continued their rising streak, climbing by 0.9% in June, month-on-month (MoM), according to the latest SRX data. This marked one full year of price increases.

The highest transacted price for a resale flat was $1.26m for a 3 Room Terrace unit at Jalan Bahagia.

He noted that the 106 HDB flats that sold for more than $1m were all mature estates, located primarily in the Central Area, and close to a broader range of amenities.

Senior Vice President of Research & Analytics for OrangeTee Christine Sun said sales were still below the 12-month average of 2,377 units from June 2020 to May 2021, due to the first half of June 2021 falling within the Heightened Alert period.

She flagged cash-over-valuation (COV) as a possible concern for buyers.

“The authorities have recently clarified that the majority of buyers did not have to pay any COV for their flats and the median COV each year has remained at $0. Although the proportion of buyers who paid COV increased this year, it is still significantly lower when compared to the period between 2010 and 2013,” Sun said.

COV happens when the resale price is higher than the market valuation of a unit, with a difference that can only be paid by cash.

The Ministry of National Development, in a written answer penned 5 July, said one in three buyers paid COV in 2021, higher than the one in five in 2020.

“This reflects the current broad-based demand for housing, including in the private housing market, supported by the low-interest-rate environment. Notwithstanding this, the majority of buyers did not have to pay any COV, and the median COV each year has remained at $0,” the Ministry said.