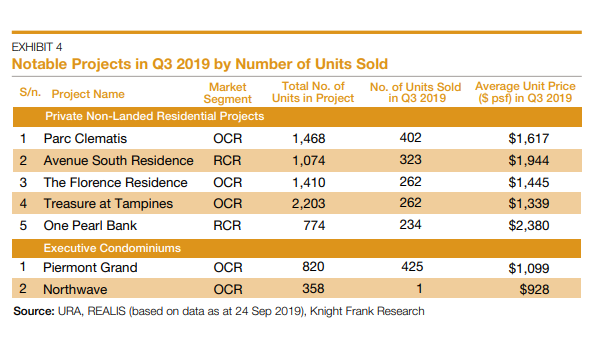 Chart of the Day: Check out the top condo transactions in Q3

This chart from Knight Frank shows condo projects with the highest number of sales in Q3, dominated by Parc Clematis in OCR which sold 402 of its 1,468 units at an average price of $1,617 psf.

Overall, these projects’ prices are said to have appealed to upgraders and first-time investors.

Knight Frank stated that Piermont Grand saw brisk sales due to a price gap between condominiums and ECs, but is likely to see more sales in Q4 with the income ceiling raised from $14,000 to $16,000.