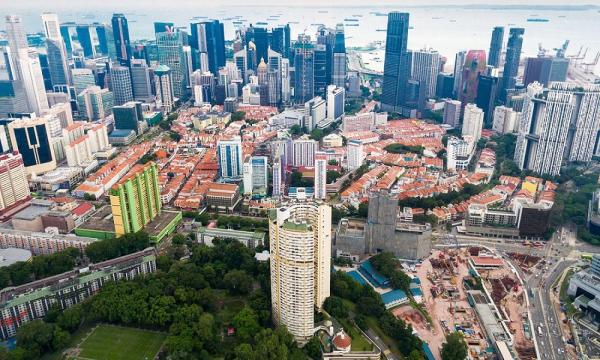 This could make homes affordable for first-time buyers.

Singapore’s cooling measures could result in developers pricing their new project launches more sensitively, according to PropNex Realty. This, in turn, will appeal to first-time buyers irrespective of the 5ppt reduction in loan-to-value (LTV) limits.

Jefferies Singapore, which attended the company’s results briefing, said the company had indicated that investors are already getting used to the introductions of stamp duty hikes compared to previous instances. Foreign investors had already factored in the 15% additional buyer’s stamp duty (ABSD), and soon enough, buyers will also get used to the 5ppt hike in ABSD.

Jefferies Singapore noted that it will be interesting to see if the hike in ABSD does not further temper foreign purchases. “As a proportion, foreign purchases have been a lot less this time,” said analyst Krishna Guha.

Meanwhile, commissions are up from 1.2%-1.5% on launch weekends to 1.5%-1.7%. These are hiked further to 2%-2.5% a couple of weeks following the official launch. “Agencies will compete hard for market share in primary launches,” Guha said.

Other revenue sources such as commissions from HDB resale, private resale, and leasing market unlikely to be impacted. “In fact, occupiers of en bloc units may look at the resale market which will boost resale transactions. That said, the shift in business mix will impact margins,” the analyst added.

The primary market agency business commands higher margins at 11%-12% against 7%-8% for resale business, he noted.

For the rest of the year and in 2019, Guha said there could be an excess of project launches. As of June, more than 60 projects with about 7,000 units have gone through successful en bloc since 2016. Of these, only 10 have been launched so far. Remaining projects with a pipeline of 13,000 units, will be launched in H2 and next year.

“Given the cooling measures, developers may have to temper margin assumptions and reconfigure project specs and construction costs,” he said. “In our view, it may also lead to more competition among industry stakeholders.”